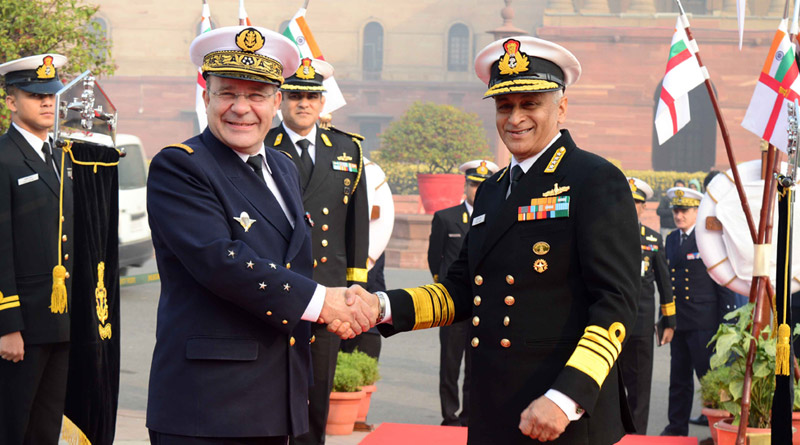 Admiral Christophe Prazuck, Chief of the Naval Staff, French Navy is on a visit India from January 6 onwards in conjunction with Raisina Dialogue which will be held on January 8 and 9

The French CNS is here with an aim to explore new avenues for naval cooperation and consolidate bilateral naval relations between India and France.

During his visit, Admiral Prazuck will hold bilateral discussions with Chairman COSC and Chief of the Naval Staff Admiral Sunil Lanba and other senior officials of the Indian Navy.


A range of issues of mutual interest to both navies, encompassing maritime operations, training, logistics and maintenance would be discussed during these meetings.

The Indian Navy cooperates with French Navy on many fronts, which include Bilateral Naval Exercise ‘Varuna’, interaction on Aircraft Carrier Operations and in generating Maritime Domain Awareness through the medium of security Dialogue and staff talks.

In addition, ships from both navies make regular port calls at each other’s ports.