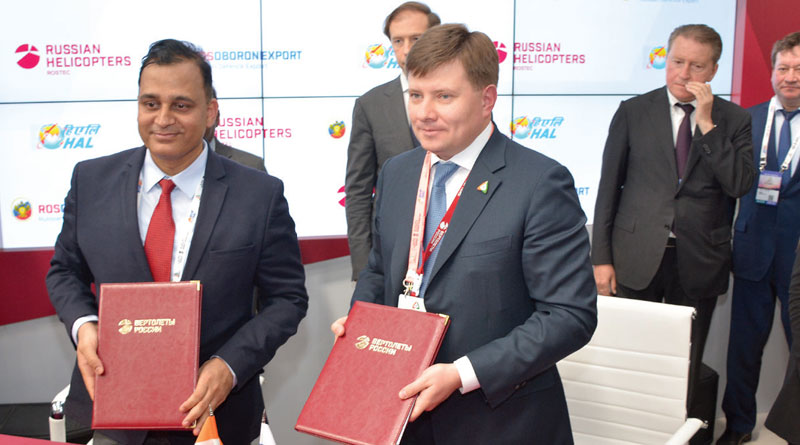 Russian Helicopters Holding Company (part of Russian State Corporation Rostec) held a press briefing at Aero India 2019 to announce the signing of MOUs with partners. The MOUs has been signed to help in localising the production of the Kamov 226T helicopter which India is acquiring.


“No doubt, India is our strategic partner and at this show we are planning to continue discussions on one of our key projects: the localization of production of Ka-226T in this country. Moreover, in view of the voiced interest in procuring light utility ship-based rotorcraft we shall put an increased focus on presenting the capabilities of naval version of Ka-226T.   The helicopters in such configuration are being delivered to the Russian special-task aviation and already have a favourable track record. This rotorcraft may become a logical continuation of the current cooperation we are building within the scope of the “Make in India” program”, noted Andrey Boginskiy, Director General of Russian Helicopters Holding Company.

The Kamov-226T also boasts of a state-of-the-art avionics suite. Its components and systems have been certified for operation under aggressive maritime conditions. As the helicopter is very small, it can be deployed on ships and low-displacement vessels. Ship-based Ka-226T helicopter may be used to perform search and rescue, as well as transport missions day and night in standard and adverse weather conditions.