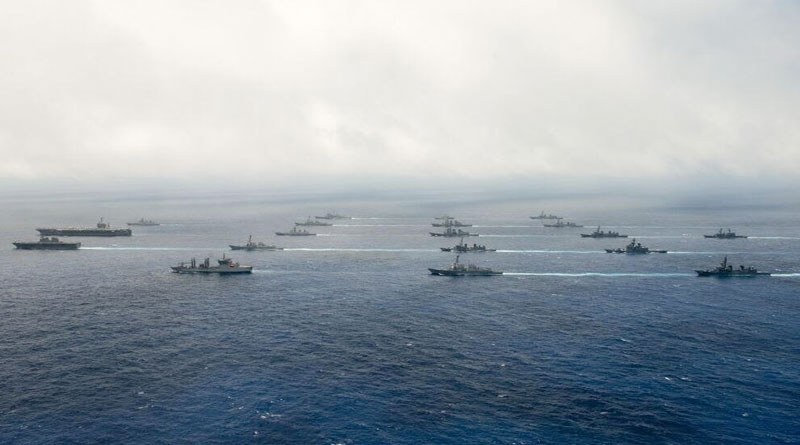 ENCORE assumes great significance in the backdrop of current security scenario and provided an apt-opportunity to test the combat capability of the ENC.

The Eastern Naval Command Operational Readiness Exercise (ENCORE) which is a theatre level readiness and operational exercise concluded on the eastern seaboard on February 7. The month long exercise saw participation of over 40 ships and submarines including those from the Western Naval Command, Andaman & Nicobar Command, and the Indian Coast Guard.


The Tactical Phase that saw intense action by both the opposing forces helping to validate operational war fighting concepts and provided valuable lessons to sharpen combat skills. The exercise was conducted in real time covering a vast expanse of Indian Ocean Region (IOR) notwithstanding the rough weather due to super cyclone Cebile in the Southern IOR.

ENCORE assumes great significance in the backdrop of current security scenario. The exercise provided an apt-opportunity to test the combat capability of the ENC and refine action plans and contingencies for operations in this complex maritime conflict zone.