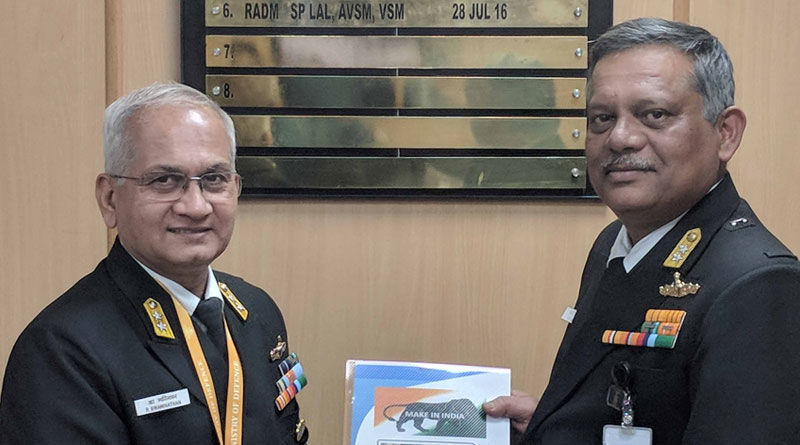 Rear Admiral Rajaram Swaminathan NM has taken over duties of Assistant Chief of Materiel (Mordernisation). A post graduate from IIT Kharagpur, the Admiral was commissioned in 1987.

The Rear Admiral has previously worked on board the Aircraft Carrier, INS Viraat, for more than 9 years in various capacities. He was also involved in the acquisition of Aircraft Carrier Vikramaditya, as Warship Production Superintendent in Russia and as Principal Director Aircraft Carrier Projects in Delhi.