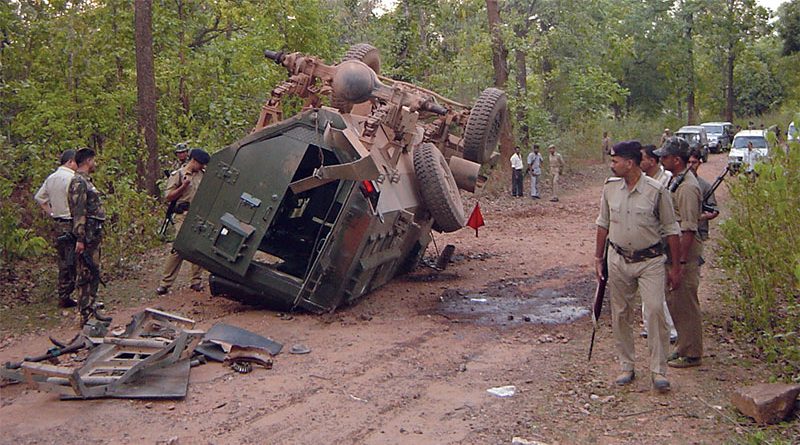 Seventeen security personnel belonging to the Special Task Force (STF) and District Reserve Guard (DRG) died in an encounter with Naxals in Sukma district of Chhattisgarh on Sunday.

According to the police, a joint team of the DRG, STF and the Commando Battalion for Resolute Action (CoBRA) of the CRPF were carrying out the operation after having received the intelligence inputs.


ANI while quoting the police said “A total of 17 security personnel (5 STF, 12 DRG) have lost their lives in an encounter in Sukma yesterday. They were missing and security forces were trying to locate them after an encounter with Naxals.”

Archival article of the day:

Much Ado About Nothing: Four years of rhetoric has rendered India even more insecure in its own backyard

Soul of the Nation: India is one of those rare countries which loses so many of its soldiers without a war

No End in Sight: The State needs an empathetic outlook towards the people caught between the Maoists and the security forces

More Deaths in the Jungle: Without an effective policy, the war against the Maoists cannot be won