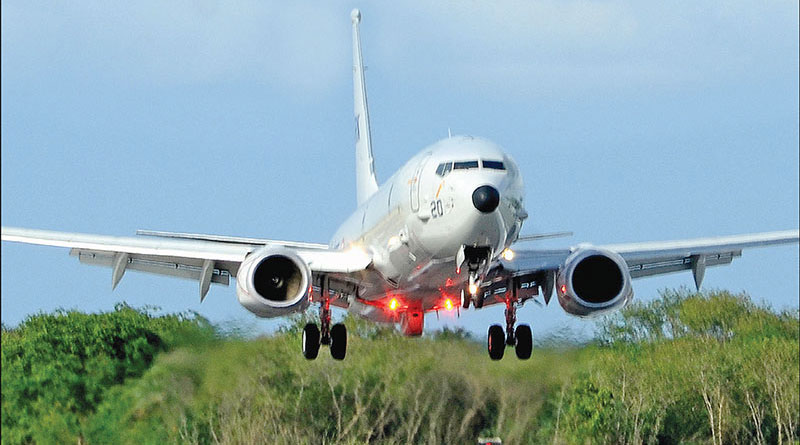 Boeing P-8I, the aircraft used for this patrol, is a long-range, multi-mission maritime patrol aircraft designed for the Indian Navy

Boeing P-8I, the aircraft used for this patrol, is a long-range, multi-mission maritime patrol aircraft designed for the Indian Navy. India presently operates eight of the P-8I to date which it received as a part of direct commercial sale with four more in production to be delivered in the first quarter of 2020. Negotiations around the procurement of six more P-8I are underway.


The Indian Navy operates its entire fleet of eight P-8I maritime patrol aircraft from Rajali, the naval base in Arakkonam, Tamil Nadu.

The announcement of the joint patrolling to check the traffic in the IOR was made by French Navy Chief Admiral Christophe Prazuck in November 2019 during his visit to New Delhi.

Meanwhile, the Navies of India and France in May 2019 conducted the first phase of a mega naval exercise Varuna off the coast of Goa  while the second phase was conducted in strategically located Djibouti.

Win-Win Strategy: Boeing India wants to promote localisation while focusing on its ultimate goal of modernisation of the Indian armed forces