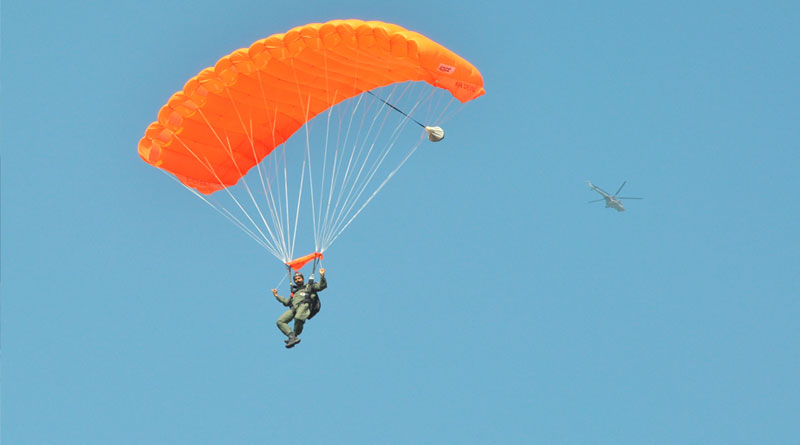 The adventure course was conducted under the aegis of the Indian Air Force Adventure Cell led by Sqn Ldr Aftab Khan and MWO RJ Singh and consisted of 42 trainees.

A para jump camp had been underway at the Air Force Station in Sarsawa from 12 to 20 March 2020 in which air warriors from all over the country underwent a grueling physical conditioning camp before being cleared for the para jumps.

As per the official press release, “In a first, as many as six women officers underwent the training alongside their male counterparts, with four of them from Sarsawa itself. Besides Sqn Ldr Aishwarya, Sqn Ldr Priyanaka Samal, Flt Lt Upasna Sharma and Flt Lt Naaz from Sarsawa, Sqn Ldr Nidhi Singh and Flt Lt C Goyal from other bases of IAF join the ranks of the proud women para troopers of the IAF.”


While the ab-initio trainees performed static line jumps from an altitude of 4500 feet from a helicopter flown by the Mighty Armour unit of the base, the advanced troopers and the Para Jump Instructors performed freefall jumps from 10000 feet. After completion of the mandatory five successful jumps, Air Commodore Ajay Shukla VM, Air Officer Commanding, Air Force Station Sarsawa awarded the coveted Para Wings to the trainee air warriors, which they now wear on their uniforms.

They were trained by four instructors who are expert Para Jump Instructors from the elite Para Training School Agra, who guided, mentored and supervised the trainees. The team also included trained para troopers from the Air Force Adventure Cell.

On 16 March 2020, Sqn Ldr V Aishwarya and Sqn Ldr K Prabhakar had achieved a desire to carry out parachute jumps from an aircraft. In the process, they became the first husband-wife pair of air warriors posted at Air Force Station Sarsawa to accomplish this rare feat. This adventure activity at Sarsawa has many other accomplishments to its credit. As many as 455 safe jumps were carried out over a mere four days period. 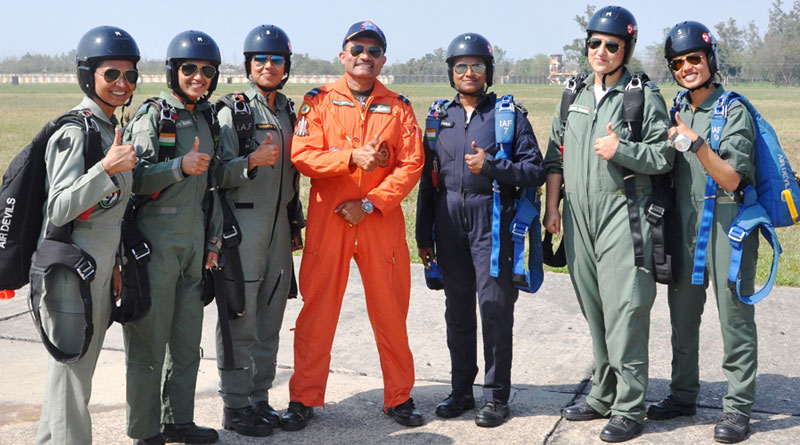