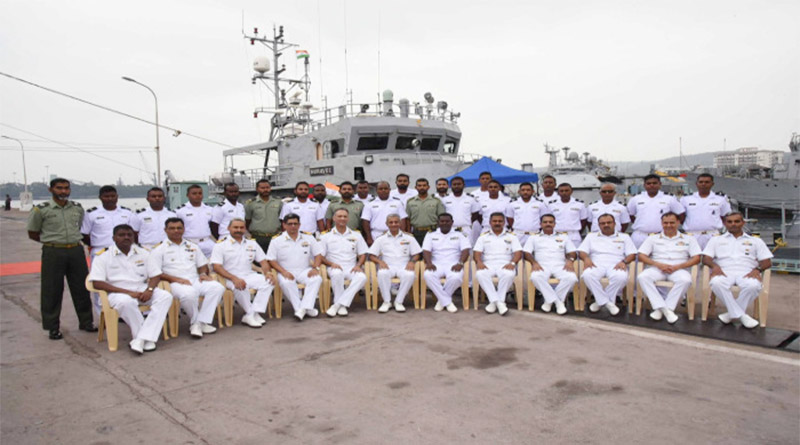 The Indian Navy, on 15 November 2018, handed over the Maldivian Coast Guard Ship (MCGS) Huravee to Major Mohamed Jamshad, commanding officer of the ship, after successfully completing her refit at the Naval Dockyard Visakhapatnam.

Huravee had been docked at Visakhapatnam for a period of four months to undertake maintenance and improvisations in combat capabilities. The ship had arrived at Visakhapatnam on 12 July 2018 and successfully completed her refit on 14 November 2018.

In addition, a number of systems and equipment were upgraded for better performance and reliability. The equipment aboard the ship were put through extensive harbour and sea trials to ensure smooth sea operations and her continuous availability for operations to the Maldives Coast Guard for next operational cycle.

MCGS Huravee was originally commissioned in the Indian Navy as INS Tillanchang. The ship is a Trinkat class patrol vessel built by Garden Reach Shipbuilders and Engineers, Kolkata in March 2001, and was subsequently gifted to Maldives by the Government of India in April 2006, to strengthen the strategic partnership between the two nations and work together to ensure the maritime safety of the Indian Ocean Region.