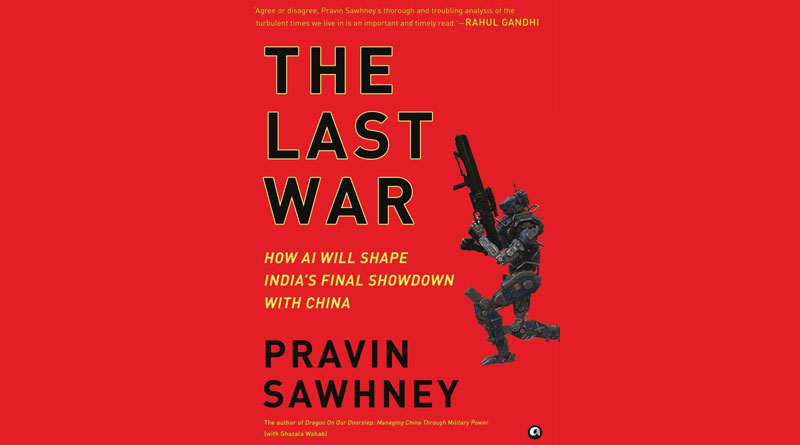 Pravin Sawhney’s The Last War: How AI Will Shape India’s Final Showdown With China is the most detailed and up-to-date work about South Asia’s military, technological, and strategic dynamics. The author compellingly argues that India is far behind China as a result of mistakenly prioritizing Pakistan as its top security threat. By disproportionately focusing on the western vector of its national security interests, including countering related unconventional threats, Delhi is unprepared to adequately address newfound challenges along the northern one that are much more conventional in nature.

The summer 2020 clashes over the Galwan river valley should have served as a belated wake-up call, but they failed to be interpreted properly according to Sawhney, who provides evidence proving that decisionmakers continue to misperceive everything connected to China. He’s particularly concerned that his homeland might not be able to catch up with the cutting-edge challenges posed by China’s unprecedented military modernisation, which comprises the bulk of his book. It’s here where the author showcases his unparalleled expertise on military, technological, and strategic dynamics.

The Last War opens dramatically with the scenario of a Chinese sneak attack on India that includes cyberattacks, robot invasions, and swarms of miniature assassination drones, among other aspects. This captivates the reader’s imagination since they’re immediately intrigued to learn more about how Sawhney arrived at this particular vision of the future. He then proceeds to describe these two Great Powers’ polar opposite security paradigms, military modernisation programmes, and points of friction. Plenty of insight is shared about Pakistan and the US too, which helps complete the picture.

Everything is meticulously documented, which is especially useful for those intrepid readers who want to learn more about the various details that Sawhney shared in his magna opus. Most will probably find themselves doing so on at least several occasions since they’re bound to come across something new, exciting, and arguably even ominous in the text. That’s the best part of ‘The Last War’ too since it also doubles as an Encyclopaedia of South Asia’s contemporary military, strategic, and technical dynamics, which thus makes it a unique contribution to the larger literature on these subjects.

Upon learning how far India is behind China, it becomes clear to the reader that the former is at risk of sleepwalking into a disaster of epic proportions unless it urgently changes course to correct the trajectory that it’s on. Fundamental to the author’s scenario forecast is his concern that Delhi is too distracted by Pakistan to appreciate the full-spectrum paradigm-changing challenges posed by China. Furthermore, he argues that its armed forces don’t coordinate at the level required to effectively address this, nor does its political leadership have a proper understanding of technological trends.

Sawhney is also suspicious of the US’ influence over India, which he very strongly suggests is aimed at exploiting it as a proxy against China, one that Washington will inevitably hang out to dry once the going gets tough for Delhi in the event of a serious conflict with Beijing. It’s this patriotic motivation that drove him to elaborate on everything as extensively as he did, which includes very sharp critiques of India’s institutions. Readers should always remember this so as not to be put off by some of what he wrote, which for as ‘politically inconvenient’ as it might be for some, is fully cited and thus credible.

Anyone can claim that India is far behind China as it distracted itself too much with Pakistan and should thus consider a mutually beneficial pragmatic solution to the long-running Kashmir conflict in order to free up its focus and resources so as to adequately address the northern vector of its security instead. No one up until now, however, has argued this in detail with copious sources assembled over the years and informed by personal experiences connected to their interactions with leading Chinese, Indian, and Pakistani figures. It’s this factual foundation of The Last War that sets it apart from everything else.

The insight obtained from reading Sawhney’s book will stay with the reader for a long time after they learn how far ahead China is in military, strategic, and especially technological domains compared to India. The takeaway is that diplomacy must take precedence over sabre-rattling in order to manage associated challenges across the Himalayas while Delhi races to catch up to Beijing throughout the 2020s. India’s recent assertion of strategic autonomy in the Ukrainian conflict vis a vis the US inspires confidence that it’s finally wisened up to its partner’s game and thus won’t let itself be exploited as a proxy against China.