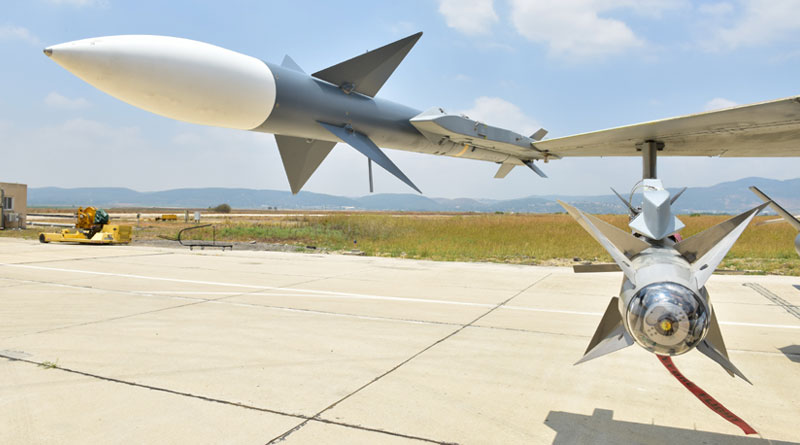 These tests serve as a significant milestone in I-Derby ER’s development, which is the newest and most advanced of Rafael’s electromagnetic air-to-air missiles, and it marks the completion of the missile’s ground-version development.

Rafael’s head of air and missile defense systems division, Brig. Gen. (Res.) Pini Yungman, EVP, “Rafael has been Israel’s national home of air-to-air missiles since the country’s founding, when we developed Israel’s very first air-to-air missile – Shafrir. Ever since, Rafael has excelled in the development of various air-to-air missiles, many of which are in operational use today by the IDF and air forces worldwide. This week, we completed a series of tests in the development of the I-Derby missile in its latest version – ER – which allows for Beyond Visual Range (BVR) launches over 100 km. This is a key milestone in the development of a missile with some of the most advanced capabilities, giving it significant interception advantages in air-to-air battles, as well as ground-to-air air defense applications. These achievements provide significant air superiority to the fighter pilot or the air defense commander.”

Rafael’s I-Derby ER missile is a an over 100 km long-range air-to-air missile with a dual-pulse rocket motor and an active radar seeker, providing combat aircraft with exceptional performance advantages both at short ranges or beyond visual range. The missile has fire-and-forget capabilities, allowing the operator to tackle multiple targets simultaneously. The missile’s light weight allows it to be adapted to a variety of modern fighter jets, including the F-16, F-15, F-18, Gripen, LCA, Typhoon and more.

The I-Derby ER Missile is identical in shape and size to the Derby missile currently in service worldwide. The ground-based Air Defense version of the missile can be integrated almost immediately onto air defense batteries such as Rafael’s SPYDER system, which provides air defense for ranges between 20 to 60 km. Launched from the ground, the I-Derby ER missile doubles the existing missile range, and allows target interception within a range of up to 40 km without a booster, and 80 km with a booster.

I-Derby ER is a long range derivative of the Derby missile in operational use among several air forces worldwide. It is part of Rafael’s several generations of air-to-air missile families which it has developed over the past 65 years, with more than 150 combat interceptions in Israel and around the world. This includes the Python missile family with its most advanced missile in this series – Python-5 – operational with the Israeli air force and a number of other global air forces.

I-Derby ER incorporates Rafael’s innovative software-controlled radar seeker, which allows full operational flexibility by controlling all operational parameters through software. This capability enables upgraded missile performance against new threats and enemy tactics such as electronic warfare and new aerial targets. The software update process is quick and simple, and can be performed in a timely manner relevant for during a combat round.

I-Derby ER contains electronic counter-countermeasures (ECCM) designed to deal with the challenges of aerial combat in a hostile environment with exceptional operational flexibility, adaptable to the customer’s operational requirements. The missile has a dual-pulse rocket motor, which enables optimal thrust management in accordance with mission requirements, providing the significantly-extended flight range. The missile’s brain contains sophisticated algorithms to optimize trajectory according to launch conditions and target behavior.

I-Derby ER features two-way communication, based on Rafael’s proven operational SDR, supplying a complete information set on the chosen target and on those in close vicinity.

Detection and Interception capabilities from the ground

Lock On Before Launch/Lock on After Launch operational models 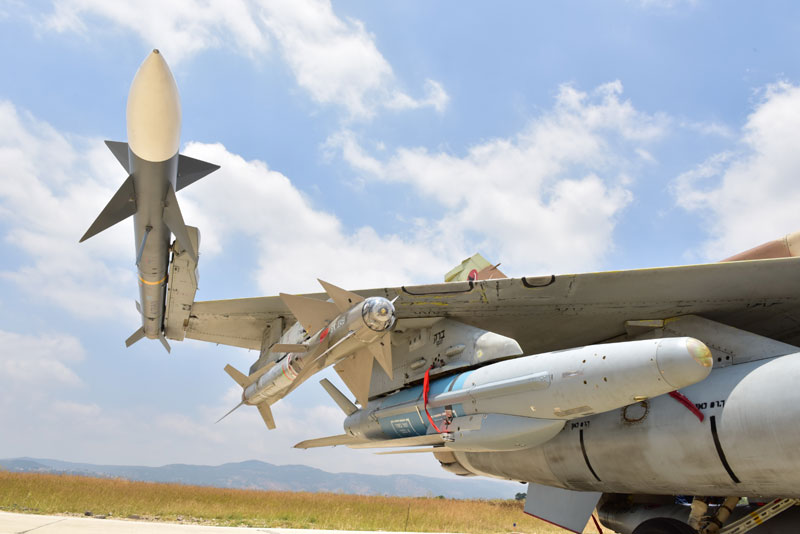