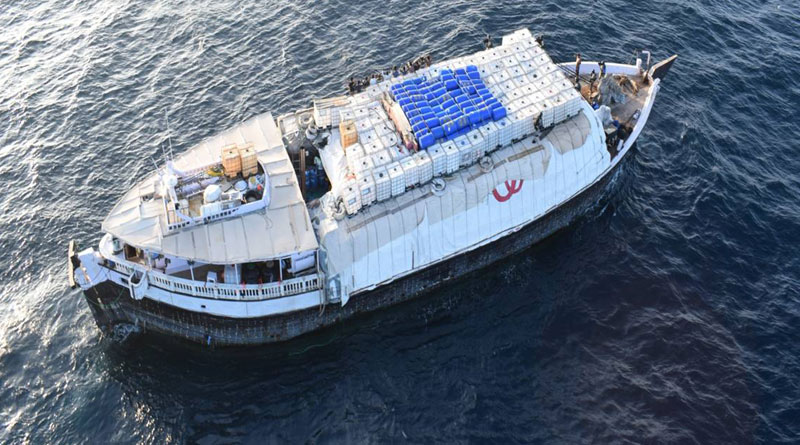 Al-Hamid crew is comprised of 13 Indians. Technical team assessment revealed the dhow suffered a broken main engine shaft, which was not repairable at sea

INS Sumedha, presently on anti-piracy patrol in Gulf of Aden, came to the rescue of the crew of the dhow Al-Hamid on 6 January 2020.

A traditional wooden vessel known as “Dhow”, Al-Hamid was detected by an Indian Navy helicopter launched from the deck of INS Sumedha, which confirmed that the vessel was in distress and drifting near the coast of Somalia.

A boarding team along with a naval technical team embarked Al-Hamid for routine checks on-board and render assistance.


The crew of Al-Hamid comprised 13 Indian citizens. The technical team assessment revealed that the dhow had suffered a broken main engine shaft, which was not repairable at sea.

The dhow was then towed to safety away from the Somali coast, a statement from the Navy read.

Meanwhile, the owner of the dhow Al-Hamid has sent another vessel for towing the dhow to port for repairs. Before departure, Indian Naval Ship Sumedha provided fresh water and medical supplies to the crew of the dhow.