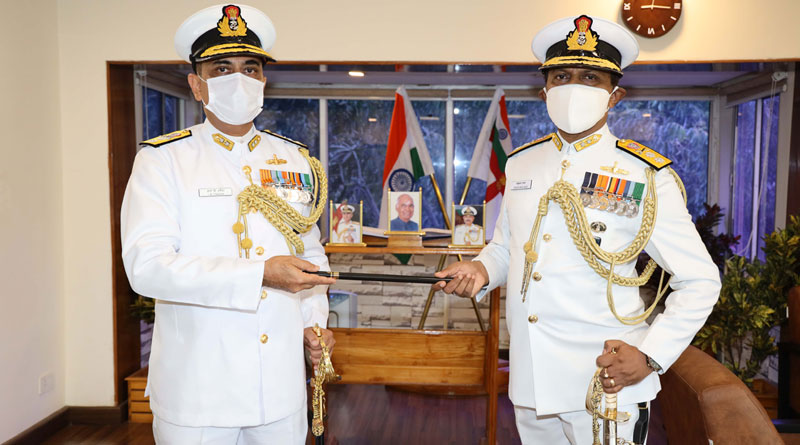 Rear Admiral I.B. Uthaiah VSM was commissioned into the Indian Navy in November 1987. The Admiral holds a B Tech degree in Marine Engineering, an M Tech degree in mathematical modelling and computer simulation and an M Phil degree in Strategic Studies.

In his 33 years of service, the Admiral has served the Indian Navy in various capacities, with appointments at the Warship Design Directorate, Training Academies, Naval Dockyard and at the Command and Naval Headquarters. His key staff appointments cover areas of Warship Design, Building and Acquisition; Warship Operation, Maintenance and Repair; Officer Training and Project Management of a mega Marine and Civil Infrastructure Project. His recent Operational and Staff appointments include general manager (Refit) at Naval Dockyard, Visakhapatnam and principal director (Ship Production). On being elevated to the rank of Rear Admiral, the officer was appointed as additional director general (Technical) at Headquarters, Project Seabird. The mega project involves creation of a futuristic Naval Base at Karwar, with four self-contained townships, a Naval Air station and a 400-bed tertiary care hospital.


An alumnus of the Naval War College, he was awarded the Vishist Seva Medal for distinguished service at Naval Dockyard and was instrumental in concluding major Warship construction contracts with Russian and Indian Shipyards as Principal Director.

On handing over the helm at Naval Dockyard, Visakhapatnam, Rear Admiral Sreekumar Nair, NM would take over as Director General Naval Project at Visakhapatnam, on promotion to Vice Admiral.