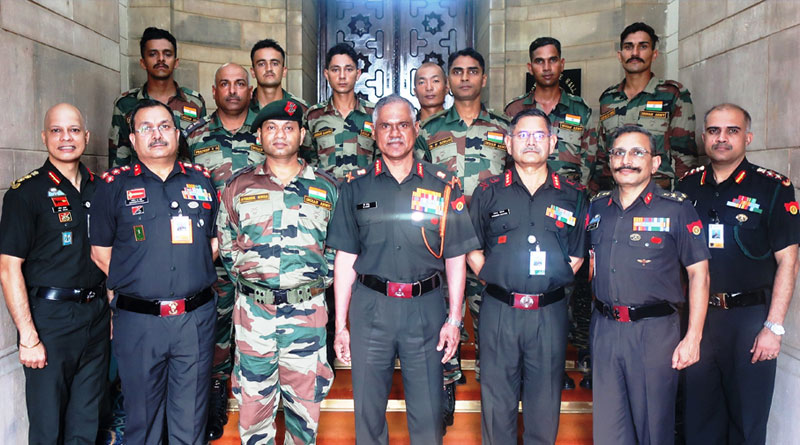 The competition is likely to have over 23 participating countries including Russia & China, and the teams trained intensely for the international competition

A nine-member Indian Army team has left for Belarus to compete in the Sniper Frontier Competition as part of the International Army Games schedule between 3 August to 17 August 2019. “It is a thirteen-day intense sniper competition and encompassing flexibility of mind, physical fitness along with firing,” the statement released by the Indian Army said.

The competition is likely to have over 23 participating countries including Russia & China.


Lt Gen D Anbu, Vice Chief of Army Staff interacted with the team before they Left for Belarus. The Indian Army team has undergone rigorous training for the competition. We wish them all the best.

The second team of 18 members will participate in a mountain warfare event in Russia, the Elbrus Ring Competition. The 13-day long event, which will witness the participation of 11 countries, will involve traversing over 95 km in hilly terrain with mountain passes over 3,500 m and navigating through glaciers and streams. The statement from the Indian Army said both the teams had undergone intense training for the international competition.