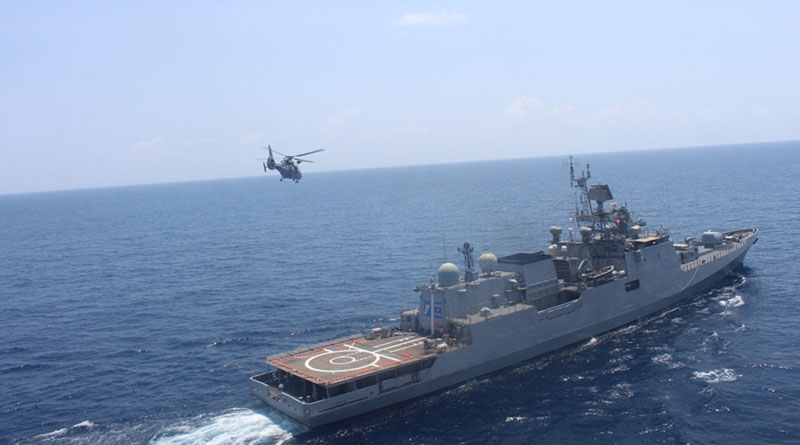 After a fruitful harbour phase over the last six days, the visiting French Naval ships sailed out of Goa harbour to begin the Sea Phase of Exercise Varuna on 8 May 2019. The aircraft carrier Charles de Gaulle, and FN ships Provence, LaTouche Treville, Forbin and tanker Marne along with an FN submarine will exercise with the Indian warships off Goa coast.

Indian naval ships – Chennai, Mumbai, Tarkash, the tanker INS Deepak and a submarine also took to the sea where the two navies will conduct extensive evolutions to further inter-operability and professional skills towards better maritime cooperation.


Air-to-air combat exercise, air defence exercises, anti-submarine exercises and surface shoots were some of the exercises conducted on Day 1. The exercise will end May 10, after the sea phase operations have ended, which ships and men-in-uniform of both the navies.

The sea phase of Exercise Varuna will witness the conduct of various exercises across the spectrum of maritime operations. The Exercise is slated to be a multi-domain exercise, with all of the sea, air and undersea operations of the French carrier battle group.

The Indian Navy said that the exercise this year is the largest ever conducted by the two countries off the Goa coast, and signifies the growing ties in maritime security and cooperation.