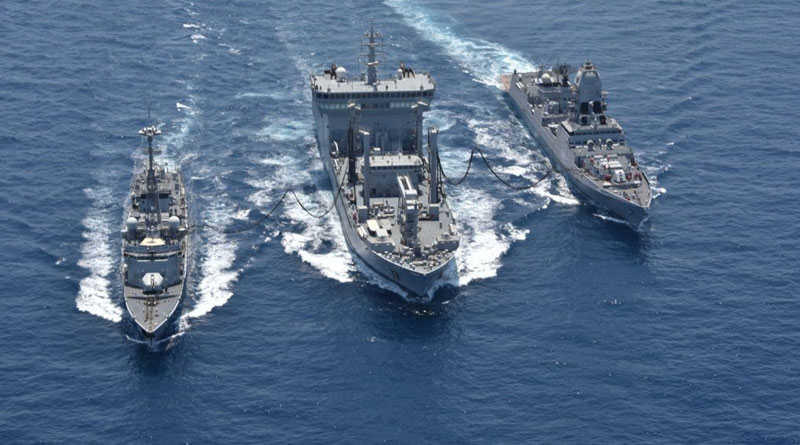 The level of operations intensified on the second day of the Indo-French exercise Varuna 19’s Sea Phase with participation of increased number of fighter aircraft, helicopters and coordinated exercises between ships.

The day commenced with submarine exercise with dedicated Maritime Reconnaissance phase and ship phase detecting the submerged submarine. Air defence exercise between the Task groups Delhi and Paris progressed with larger number of fighters participating from both sides. To enhance the complexity of air defence, controls of the fighters were handed over to the destroyers of each group by the respective aircraft carriers. Air defence exercise for the day terminated with the MiG-29s of INS Vikramaditya guiding the Rafale fighter jets from the Charles de Gaulle in a planned firing exercise on Pigeon Island.


Whilst the airborne units were engaged in combat, the fleet support ships of both the groups undertook token refuelling and replenishment to evaluate the nuances of both the navies in coordinated support role. The day ended with a combined coordinated gunnery firing exercise on the Banshee, an air launched target, wherein the ships of both groups joined together to exhibit the might of their weaponry.