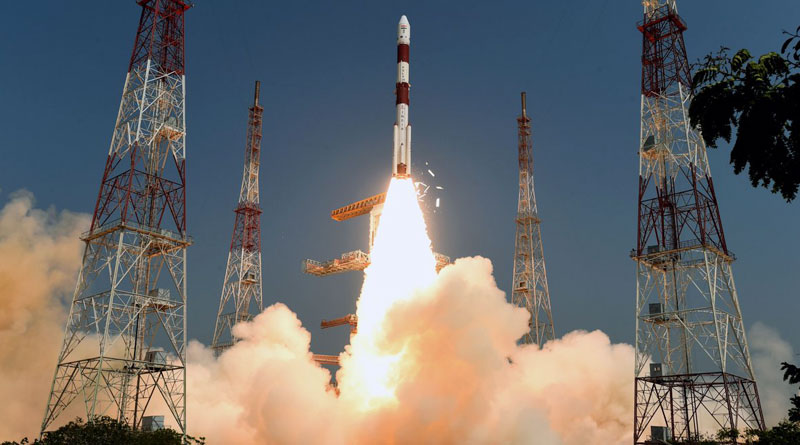 India may have launched its first ELINT satellite, however it has a long way to go before it matches the vast clusters of such satellites with China

Built under DRDO’s project Kautilya, EMISAT will add to India’s space surveillance capability. The 436-kg satellite, placed in a 749-km orbit, will help the armed forces pinpoint the location of enemy radars, by detecting the electromagnetic signals emitted by them. In the making for about eight years, EMISAT carries instrumentation capable of detecting, locating and characterising electromagnetic signals, specifically of military radars.

ISRO has sent several satellites for defence use, most of whom are dual-use satellites with both civilian and military applications. The dedicated satellites for defence, GSAT-7 in 2013 for the Indian Navy, which was followed by GSAT-6 and then GSAT-6A, both high power S-band communication satellites with military applications. The wide range of Cartosat series of satellites have been providing high-resolution scene-specific spot imagery in various scales, along with a variety of advantages for the armed forces. The all-weather RISAT-2 spy satellite, launched in 2009, followed by RISAT-2A, were equipped with Synthetic Aperture Radar (SAR) capabilities. The Indian Air Force got its exclusive satellite in 2018 with the launch of GSAT-7A.


Although the launch of a electronic intelligence (ELINT) satellite is a significant achievement for India, ELINT satellites have always been used, but in triplets, by other nations, such as China. A single satellite will not be enough to pinpoint a target, considering you need at least three of them to receive electronic transmissions from any target on the ground and fix its position by triangulation. A typical ELINT satellite constellation consists of three satellites in orbit, flying in a triangular formation, the orbit inclination being 63.4 degrees.

Though China has officially being denying the fact that these satellites have ELINT sensors, there is global consensus amongst military strategists that the country has been using them for space-based surveillance, mainly for identifying, locating and tracking an aircraft carrier in the Pacific Ocean. The Chinese analysts have been opining that the People’s Liberation Army (PLA) may form a network of the SAR, ELINT and electro-optic satellites in orbit to survey an area of interest in less than 40 minutes.

In addition, China has also launched several military satellites, including TJS 1 and TJS 2 early warning satellites for detecting and tracking ballistic missiles, Beidou navigation satellites (China’s own GPS) and other LKW EO satellites. With the launch of the two TJS satellites, with the latest TJS 3, China has significantly soared ahead in BMD early warning capabilities.

China has made rapid strides in its space asset modernisation, going from just a handful of satellites in 2000 to more than 280 now. The country has over 80 remote sensing satellites – it launched six new types of remote sensing satellites since – the Yaogan, Gaofen, Huanjing, Haiyang, Jilin, and Tianhui. These satellites are used for a range of functions, including electronic intelligence, electro-optical sensors, synthetic aperture radar, staring camera, and stereoscopic imagers, etc.

China is also building up its desi version of GPS –BeiDou Navigation Satellite System (BDS), which started services in 2000. The BeiDou is expected to also serve the countries along the Belt and Road from this year. The BDS is expected to have 35 satellites by 2020.

In conclusion, the launch of an electronic intelligence satellite is a baby step by India to shore up its space surveillance capabilities and truly be a space power. The first EMISAT should immediately be followed by at least two more such satellites to give India’s defence a real edge, considering such assets give optimum output they are in a constellation at different locations around the globe. A country like India which has vast borders to monitor, and thousands of square kilometres of the Indian ocean to survey 365 days a year, needs a huge network of satellites that can keep a constant vigil.