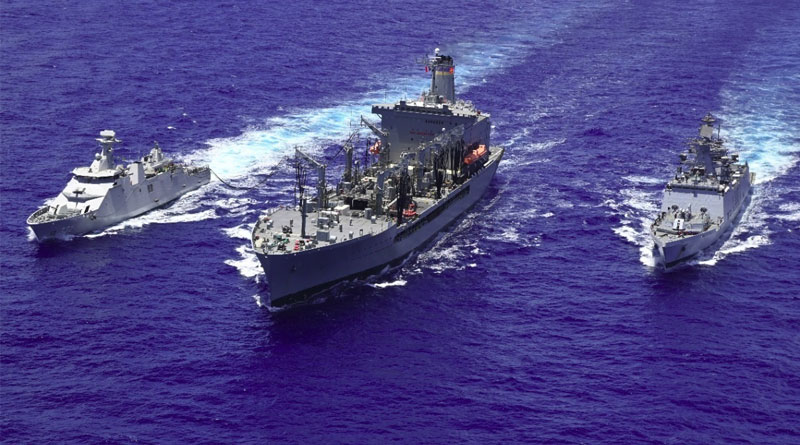 INS Satpura entered Pearl Harbour in Hawaii, USA on August 2 on completion of the sea phase of RIMPAC-22, a multilateral exercise conducted over 22 days off Hawaii, USA. The ship participated in anti-submarine, anti-ship and anti-air warfare exercises with multi-national navies in the Pacific Ocean during the sea phase apart from undertaking cross-deck landings of the Indian naval helicopter on foreign warships and replenishment at sea.

INS Satpura’s participation in RIMPAC-22, 9000 Nautical Miles away from Indian coast stands testimony to the Indian Navy’s capability to operate in any part of the world. RIMPAC-22 is one of the largest multilateral naval exercises in which the Indian Navy participates and the exercise this year has witnessed participation from 26 countries comprising 38 surface ships, nine land forces, 31 unmanned systems, 170 aircraft and over 2,500 personnel.

INS Satpura is an indigenously designed and built 6000 tonnes guided missile stealth frigate. The ship is a part of the Eastern Fleet based at Visakhapatnam and has been tasked for a long-range operational deployment in the 75th year of India’s Independence.