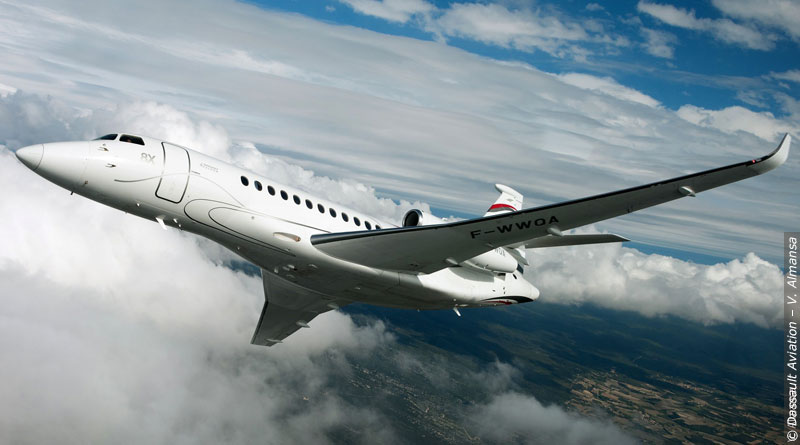 The Falcon 8X’s operational capability has been reinforced with recent approvals to fly in severe crosswind conditions and to operate at London City Airport.

Dassault Aviation will feature its new flagship, the Falcon 8X, at the 2018 Singapore Airshow. It will be the first appearance of the ultra-long range Falcon 8X at the six day event, which runs from February 6-11 at Changi Airport. The 8X will be presented alongside a Falcon 2000LXS twinjet. All Falcons, and in particular late generation models like the Falcon 8X and 2000LXS, draw on Dassault’s extensive experience with combat aircrafts.

Falcons and fighters are designed by the same engineering teams and built on the same production lines to the same exacting quality standards. Falcons also benefit from the advances in aerodynamics, structural design, digital flight control and the man-machine interface conceived for Rafale fighters.


The flexibility and operating economy of Falcon business jets make them ideal for a region that is known for its many small and hard to reach airfields. Currently, over 90 Falcons are based in the Asia Pacific region, half of them late generation models. The fleet includes all current production Falcons, the Falcon 8X, 7X, 900LX, 2000LXS and 2000S along with legacy models.

The first Falcon 8X was delivered to the Far East last fall and the 6,450 nm /11,945 km range tri-jet is now operating in the US, Brazil, Europe, Russia and the Middle East. It’s operational capability has been further reinforced with recent approvals to fly in severe crosswind conditions and to operate at London City Airport, one of the world’s most restrictive airports.

Another aircraft, Falcon 2000LXS is also popular in the region. The 4,000 nm / 7,410 km Falcon 2000LXS is equipped with full-length inboard slats and high-mach blended winglets that enhance approach and landing capabilities and balanced field length, allowing the aircraft to access more airports.