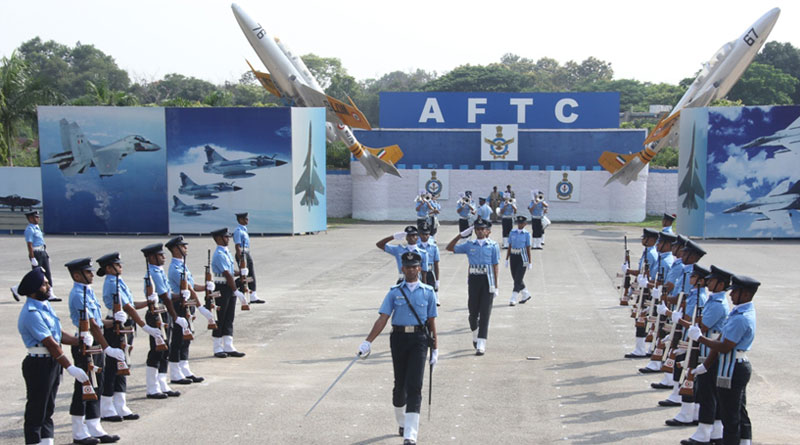 Air Marshal JK Singh, Air Officer-in-Charge Maintenance, was the Chief Guest. The Air Marshal, in his address, greeted all the Air Warriors and Civilian staff of Air Force Technical College, retired fraternity, graduating officers & their families. He emphasized that Engineers of Indian Air Force play a vital role in ensuring availability of aircraft and other weapon systems in both peace time and in the face of hostilities.

He called upon the young officers to constantly upgrade their knowledge and skills due to the ever-changing technological environment, lead from the front, build strong teams, exhibit highest degree of professionalism and maintain impeccable integrity with unwavering commitment in the service of the nation.

The Chief of Air Staff Medals for being first in the Order of Merit in Electronics and Mechanical Streams were awarded to Flying Officer Sagar Deshmukh and   Flying Officer Vishnu R respectively.

On his arrival at the AFTC, the Air Marshal was received by Air Commodore Biji Philip, Commandant AFTC.