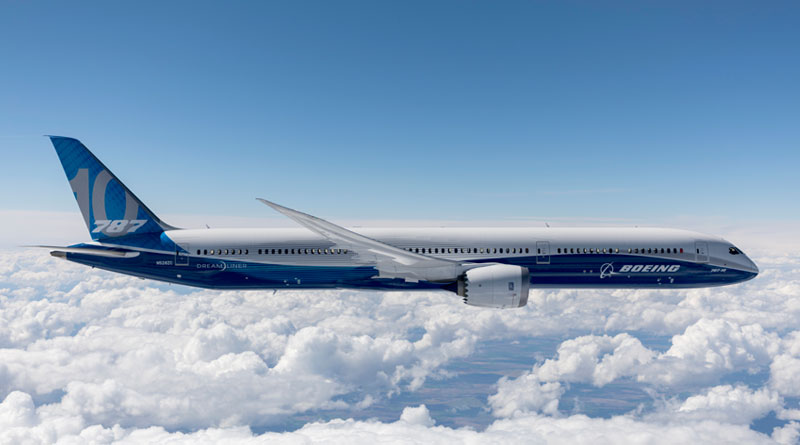 Boeing had awarded TAL the first contract to manufacture floor beams for the Dreamliner family of airplanes in 2011, the first set of floor beams was shipped in 2014

TAL Manufacturing Solutions Ltd (TAL), a 100 percent subsidiary of Tata Advanced Systems Limited, and Boeing celebrated the milestone of the delivery of the 25,000th Advanced Composite Floor Beam (ACFB) for all the Dreamliner airplane variants – 787-8, 787-9 and 787-10, at TAL’s state-of-the-art aerospace manufacturing facility in Nagpur, Boeing India said in a statement released on August 27.

Boeing awarded TAL the first contract to manufacture floor beams for the Dreamliner family of airplanes in 2011. TAL shipped the first set of floor beams in 2014.

“We are very proud of our partnership with TAL. The delivery of the 25,000th floor beam for the Dreamliner, one of the most advanced airplanes in the world, marks a special milestone for a partnership that has stood the test of time,” said the president, Boeing India, Salil Gupte.


“Executing the complexity of the work required in producing an advanced floor beam, clearly demonstrates that our aerospace partners like TAL are upgrading their capability to match the best in the world, strongly supported in their journey of learning, by the training, expertise and best practices that Boeing brings to this partnership. Our broader and continued investments in India are not only towards ‘Make in India’ but span technology, hi-tech innovation, production capacity, as well as skilling centers for aerospace manufacturing,” added Gupte.

“With the delivery of the 25,000th floor beam, we have showcased our capabilities in manufacturing of world-class aviation products. Our delivery and quality performance has consistently been on par with global benchmarks and we have ramped up production from four ship sets to 11 ship sets a month. Committed to strengthening the aerospace manufacturing in India and across the globe, we strive to relentlessly innovate and build on our legacy as a trusted partner to Boeing,” said chief executive officer & managing director, Tata Advanced Systems, Sukaran Singh.

Boeing’s sourcing from India now stands at USD 1 billion with over 160 existing industrial partners who are raising the bar on quality and productivity to become part of the company’s worldwide supply chain, the company said in a statement.