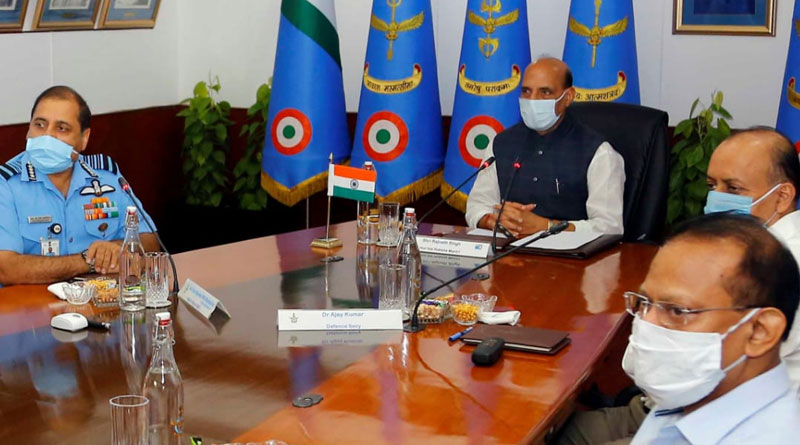 The IAF concluded its three day Air Force Commanders’ Conference (AFCC) after a series of discussions and reviews on operational preparedness and strategies for countering security threats envisaged across the entire spectrum.


Chief of Defence Staff (CDS), General Bipin Rawat, Chief of the Naval Staff (CNS), Admiral Karambir Singh and Chief of the Army Staff (COAS), General MM Naravane addressed the Conference and interacted with the Commanders as well as the Principal Staff Officers (PSOs) at Air HQ on matters of jointness and integrated war fighting. The Chief of the Air Staff (CAS) reviewed the status and issues related to all Commands as well as branches at Air HQ.

In his closing address, the CAS articulated Vision 2030 laying down the milestones for transformation of IAF in the coming decade. He stated that it was important to recognize the nature of emerging threats in a rapidly changing world. He also emphasised on the need for rapid capacity building, increase in serviceability of all assets and dedicated work towards effective integration of new technologies in the shortest timeframes. He reiterated that the IAF’s long term goals for sustainable capability mandate the acquisition and employment of niche technologies and development of indigenous platforms and weapons. The Chief stated that since human resource was the most valuable asset of the IAF, recruitment, training and motivation strategies should keep pace with the changing times.