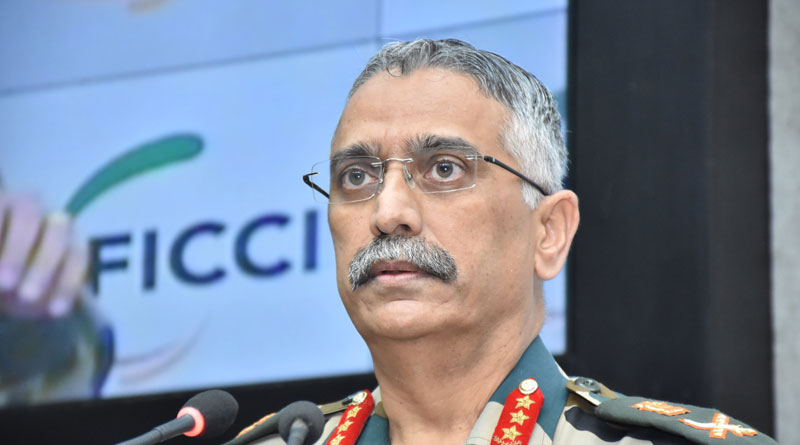 Representatives from defence industries, army officials attend ‘Army Make Projects – 2019’ organised by FICCI for brainstorming on challenges in the industry

Vice chief of army staff Lt Gen. MM Naravane on October 11 stressed on the need to bolster the research and development in the defence sector to usher in greater indigenisation of defence equipment. Speaking at the ‘Army Make Projects – 2019’ organised by FICCI, Lt Gen. Naravane said the lack of R&D in the defence industries sector had resulted in the nation being increasingly dependent on imports.

Speaking at the seminar attended by top army officials and the defence industry representatives, he said, “I know R&D is not easy, and uncertain return on investment or when will it fructify, it is difficult to tell. But, unless we think of R&D, think of our future requirements, we would always be playing catch up, and if we are always playing catch up, then we will always be dependent on imports from abroad. So, that is the area, we need to focus on and try to become self-reliant,” he said.


He said the lack of R&D had been the industry’s greatest weakness so far, also maintaining that the products needed to be ‘cheap and robust’ as the budgetary constraints also remain there.

Secretary, department of defence production (DDP), ministry of defence, Subhash Chandra, addressing the conference said that the MSMEs and start-ups need to be integrated into the defence manufacturing ecosystem. They also need to be encouraged not just by the defence public sector companies but also the armed forces.

He said the MSMEs across the globe have in many ways also been the drivers of change and innovative solutions. “That is where we feel our entire ecosystem must come together to support the larger manufacturing environment,” he said.

Subhash emphasised that collaboration between industry and defence is the need of the day, and pointed out that the DDP would extend all possible support to sort out industry concerns.

“Industry concerns have also been taken into consideration and demystifying of work processes will come only through interactions. The three-armed forces also need to open their doors for discussions with the industry,” he added.

Lt Gen. Manoj Mukund Naravane, Vice Chief of the Army Staff, Indian Army said that the government is committed to indenisation and Make in India. “We have the capability but unfortunately we have not built upon it, or we have not changed with time. Now is the time to once again build up the inherent capability to become self-reliant,” he said.

JD Patil, chairman, FICCI Defence Committee and whole time director and member of the board, Larsen and Toubro, who was also present on the occasion, said that the government, armed forces and industry have to come together to achieve the desired goal of the MAKE process. He added that the industry needs fundamental platforms, and technological products to be done in India. “From 1991 the whole of Indian industry dramatically grew to become, in certain sectors, the largest in the world. If that can happen in the industry, so can happen in defence,” he said.

Col HS Shankar (retd), Member, FICCI Defence Committee and chairman and managing director, Alpha Design Technologies Private Limited, said, “In MAKE-II, the risk is with the industry and not with the services. We need the services to make quick decisions.”

The Indian Army had envisioned ‘Make-II’ programme to encourage the private equipment developers to take up product development on their own and pitch it to the services. The ministry has over the years eased the eligibility criteria for taking up projects under the programme, with service headquarters being able to accord clearances for such projects. Some 32 projects have been put out by the Army under Make-II in the last two years for the industry. 11 more projects were revealed under the programme at the Army Make Projects – 2019, providing new opportunity to the industry.

The representatives attending the Army Make Projects – 2019 got their concerns addressed by the army officials at the conference, where they raised a range of issues related to the industry.