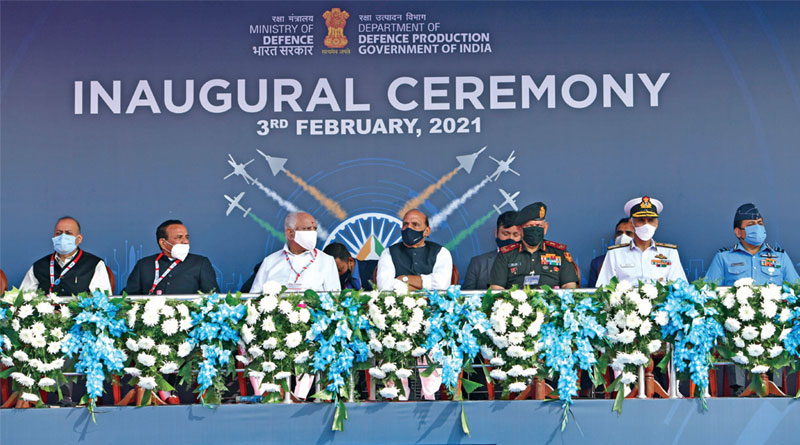 Yelahanka, Bengaluru: Even before the atmanirbharta ki udaan, or the flight of self-reliance could get off the runway and onto the airway, it got caught in severe congestion on the expressway to Aero India. The reason was not the traffic. The reason was just what afflicts Indian defence policy-making—hubris and lack of foresight.

Given the Covid situation, the ministry of defence (MoD) decided to control the public at the show. This it sought to do by making coming to the show more expensive and difficult. Hence, even things like a car park sticker, which hitherto came gratis to the exhibitors, was made payable. And then it restricted the number of stickers one could buy. For example, an exhibitor with a stand size of 23sqm or less, could only buy one car sticker. Perhaps, apart from the pandemic, the fire incident in the parking at the last Aero India was weighing on the minds of the organisers. Hence, they wanted to restrict the number of vehicles in the parking. So far so good.

Then the policy was struck by the disruptive twins—hubris and lack of foresight. The traffic police created a class system based on parking stickers. Barricades came up over the six-lane expressway to Yelahanka. Only cars with stickers were allowed to cruise over it. Everyone else was pushed to the side road which meandered through the Yelahanka village for nearly six kilometres, criss-crossing a railway signal before merging once again with the expressway.


A consequence of this was that the expressway indeed looked like a runway of an airport which doesn’t see much flying. And the narrow single-lane side road, hemmed in by shops on both sides turned into an unending crawl of cars, buses, scooters and pedestrians, each getting on others’ nerves. The logic for this demarcation remained a mystery because eventually the crawling traffic did merge with the zipping one, a short distance before the entry gate. Worse, since the non-sticker cars were not allowed to enter the venue, the gates were the scene of more confusion and frustration. Even as the cars with stickers tried to seamlessly enter the venue, given their supposedly superior status, the outcasts disembarked from their vehicles thereby creating a medley of people and vehicles crowding the gates.

The mofussil chaos outside the gates notwithstanding, inside the defence minister wove a fascinating web of aspirations and illusions. In his inaugural address, where he frequently referenced the Sanskrit saying Vasudhaiva Kutubakam (world is one family) while mentioning wicked neighbours—one sponsoring terrorism and another trying to change the status quo—Rajnath Singh said that his vision was to turn India into the biggest hub for defence production in the world. This vision would partly be realised by government of India’s plans of spending USD130 billion on the modernisation of Indian armed forces over the next seven to eight years.

Finally, about crowd control. Covid conditions forced the show to shrink to three days instead of five, effectively cutting out the public days. But how could public be kept away. Hence, secretary defence production Raj Kumar announced in his welcome address that the show was open to public on all three days, but in a limited way. And with that the 13th edition of Aero India opened to all.