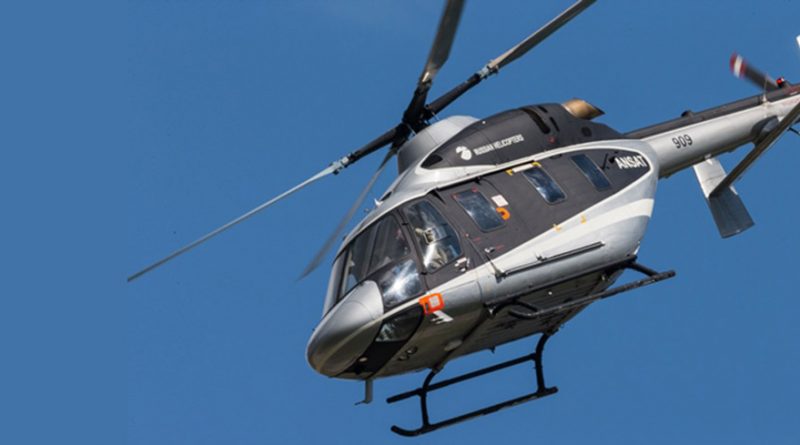 The Russian Helicopters Holding Company, a part of Rostec State Corporation, has started testing multi-purpose Ansat helicopter in Pakistan. The objective of testing is to prove the ability to use the machine in high temperatures.

At the moment, according to the statement issued by the company,   the helicopter has already started test flights. It is planned to expand Ansat’s temperature regime to +50° Celsius, making the helicopter able to operate in temperatures ranging from -45 degrees to +50 degrees Celsius.

“Ansat is a very advanced helicopter due to its flight performance characteristics, including for customers from Asia and the Middle East,” said the company’s Deputy CEO for marketing and business development, Alexander Shcherbinin. “We have planned several upgrades of the machine, including the extension of the temperature range. I hope that positive test results will turn the interest of potential buyers into a number of agreements,” he added.


The company also said in the statement that testing of Ansat is planned to finish by mid-November. After this, a conference is scheduled in Islamabad for potential Pakistani customers to explore the helicopter’s ‘competitive advantages and specific features of operation’.

Ansat is a light multipurpose twin-engine helicopter serial production of which is deployed at the Kazan helicopter plant. In May 2015, the modification of the helicopter with a medical module was certified. The statement further said that the helicopter ‘complies with all international standards for medical aviation and allows to save a patient’s life during transporting to a hospital’. According to the helicopter certificate, its design allows converting it into a cargo version or into a passenger rotorcraft that can lift up to seven people.

The medevac Ansat has ‘a number of competitive advantages over rivals in its class’. It requires less operational, training and maintenance expenses. In addition, the helicopter has the biggest cockpit in its class and can maintain high speed, which allows to use it for long-range trips.