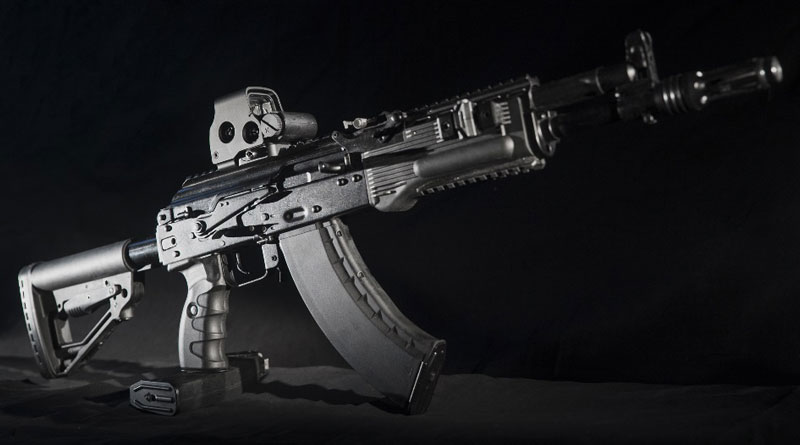 Rosoboronexport JSC will hold dozens of negotiations and conclude contracts with foreign customers at Army 2021. The International military-technical forum will take place from August 22 to 28, 2021 on the premises of the Patriot Congress and Exhibition Center of the Armed Forces of the Russian Federation.

Rosoboronexport plans to hold more than 70 negotiations with our foreign partners at Army 2021 and sign more than 10 contract documents. As a result, we will significantly increase the company’s order book, which currently exceeds 52 billion USD, and ensure that Russian industrial enterprises will be kept busy with export orders,” said Director General of Rosoboronexport, Alexander Mikheev.

More than 800 members of 35 foreign delegations, 17 of which are headed by defence ministers, their deputies and senior officials of our partner countries, have confirmed their visit to the forum at the invitation of Rosoboronexport. In total, representatives of around 150 countries invited through the Ministry of Defense of Russia, the Federal Service for Military-Technical Cooperation of Russia and the Rostec State Corporation are expected to arrive.

In addition to applications for negotiations, Rosoboronexport received requests from delegations from 40 countries to hold more than 500 presentations of Russian military, dual-use and civilian products.

“Rosoboronexport considers the Army Forum as the main platform enabling to demonstrate the widest range of Russian products for all services and branches of the armed forces, as well as equipment for special forces and police units to foreign customers,” Alexander Mikheev added.

“We will showcase equipment and weapons for the land forces, aircraft, advanced precision guided weapons for them, air defense and electronic warfare assets. There are a lot of applications for the demonstration of naval equipment, to which a separate cluster is dedicated at Army this year.”

In 2021, for the first time, Rosoboronexport will organize an exhibit and a presentation pavilion next to the entrance group A of the forum. The pavilion and an outdoor area adjacent to it will feature small arms, including Kalashnikov AK-100 series, AK-200 series, AK-12, AK-15 and AK-19 assault rifles, KORD assault rifles, sniper rifles and machine guns manufactured by the Kalashnikov Concern and the Degtyarev Plant, which are part of the Rostec State Corporation.

A wide range of communications equipment, ammunition for various weapons, mortars and remote-controlled weapon stations, civilian and sports weapons and an impressive line of equipment and gear for special forces and security agencies, as well as the Lobaev Arms Volkodav (Wolfhound), Dominator and Sumrak (Twilight) sniper rifles, which are most popular among specialists, will also be on display in the area.

In addition, the company will showcase products from Russian defence manufacturers being promoted abroad at Rostec’s demonstration centre.

Rosoboronexport will enable its partners to test the exhibited small arms at 4 shooting ranges of the leading Russian manufacturers: the Kalashnikov Concern, the High-Precision Weapons Holding, the Tochmash Central Research Institute and Lobaev Arms.

“Our partners are interested in both proven weapons and military equipment, including those having a track record, and new products. Among them I can mention the newest T-14 Armata tank, combat vehicles based on the Boomerang combat platform that surpass all their foreign counterparts in performance, the Orion-E reconnaissance/strike UAV, which is the star of this year, the Antey-4000 battlefield anti-aircraft missile system designed to equip the land forces, the Pantsir-S1M air defense gun/missile system, the fifth-generation Su-57 fighter, helicopters, the BK-16 high-speed landing boat, as well as the latest small arms,” said Alexander Mikheev.

A live demonstration of the capabilities of weapons, military and special equipment for representatives of foreign states will be an event at this year’s forum. It will be held on August 24 at 15.00 at the Alabino Proving Ground. The running and firing capabilities of army equipment and army aircraft as applied to maneuver actions of a joint force grouping will be showcased. The scenario of the demonstration was prepared by the Ministry of Defense of the Russian Federation on the proposals and considering the interests of Rosoboronexport partners.

On August 22 and 23, Rosoboronexport will hold public presentations of modern Russian security equipment, clothing and gear for special forces and police units in Russian and English.

A presentation of the T-90MS tank is also planned. On August 23, at 11:00, Rosoboronexport will carry out a public presentation ‘Counter-UAV Package’ at Automatika Concern stand. Its specialists will unveil a new integrated solution – a system able to effectively counter unmanned aerial vehicles, which combines electronic warfare and air defence systems of various classes.

Rosoboronexport will take part in the II scientific and practical conference ‘Military law in the national security system, implementation of State policy in the field of military-technical cooperation’. It will be held on August 24 as part of the forum.