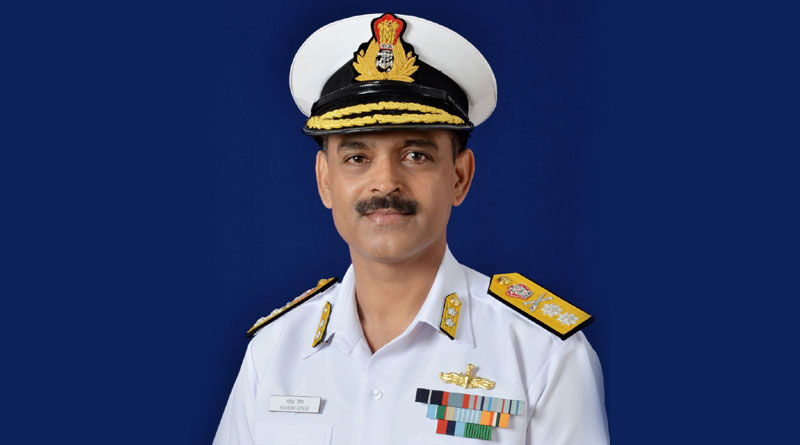 A Navigation and Direction Specialist, the Admiral is an alumnus of the National Defence Academy. He has held several specialist appointments including being the commissioning Navigating Officer of Indian Naval Ship Jyoti and commanding the missile vessel INS Nirghat during Op Vijay. On completion of his Staff Course at DSSC Wellington, he served as Joint Director at Directorate of Naval Operations prior to taking over command of MCGS Vigilant on deputation to the Government of Mauritius. He also headed the Navigation and Direction School in Kochi and completed the Higher Defence Management Course at CDM Secunderabad. He went on to command the LPD Jalashwa and attended the prestigious RCDS course in the UK. Prior to his promotion to the Flag rank, he was Principal Director of Personnel at Naval Headquarters. Thereafter, he served as Chief Staff Officer (Operations) at Headquarters, Eastern Naval Command, Visakhapatnam and Flag Officer Commanding Karnataka Naval Area prior to taking up his current assignment.