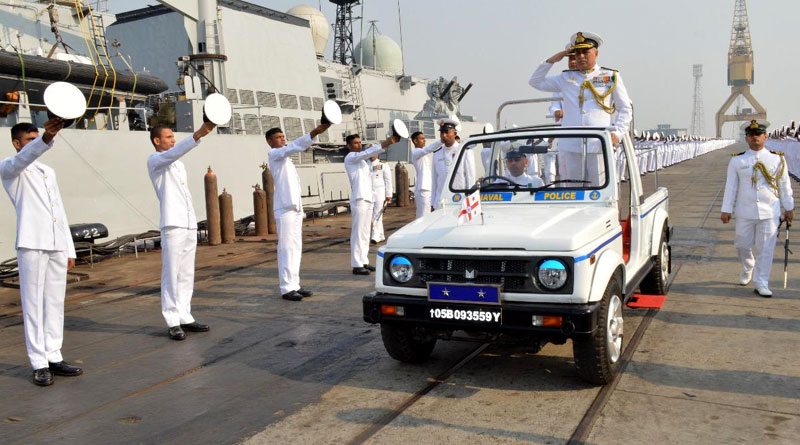 Rear Admiral MA Hampiholi, NM took over the command of the Western Fleet on January 22 from Rear Admiral RB Pandit.

Rear Admiral Hampiholi was commissioned into the Indian Navy in July 1985. An alumnus of the National Defence Academy, Khadakvasla; Defence Services Staff College, Wellington and, the College of Naval Warfare, the Admiral is a specialist in Anti Submarine Warfare.

A recipient of the Nao Sena medal in 2011, the Admiral has held several key appointments in his naval career including the command of the missile corvette INS Nashak, the Landing Platform Dock INS Magar and the Russian built frigate INS Talwar. He was also the Commandant National Coast Guard and the Commandant of the Indian Naval Academy.

In the Flag Rank, the Admiral has been the Assistant Chief of Personnel (HRD) at Naval Headquarters and the Flag Officer Sea Training prior assuming command of the Western Fleet.