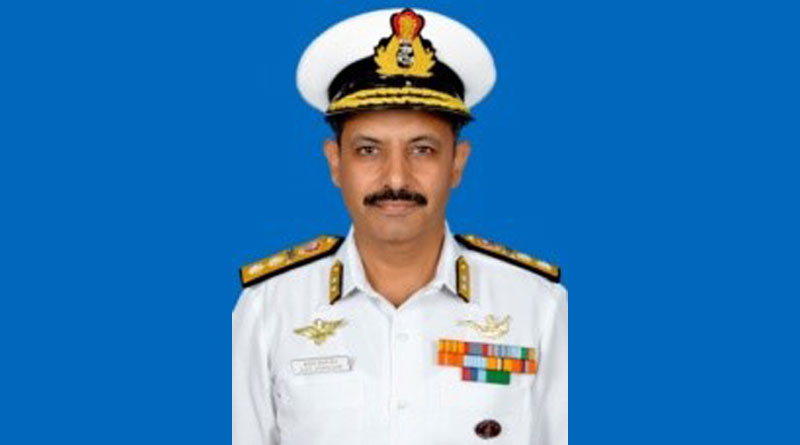 Rear Admiral Kapil Mohan Dhir has taken over as the Joint Secretary (Navy & Defence Staff) in the Department of Military Affairs. He is the first Armed Forces officer to tenant this assignment. He was commissioned into the Indian Navy on 1 January, 1985.

He is the Senior most Serving Marine Commando (MARCOS) and has served in frontline afloat and ashore assignments including Command of the premier MARCOS establishment, INS Abhimanyu, Indian Naval warships INS Khanjar and INS Rana, and peacekeeping missions both within and outside the country, including ‘Op Pawan’ and ‘Op Jupiter’. He has held important operational and staff appointments, which include Fleet Operations Officer of Eastern Fleet and Commodore in charge Work up, Indian Naval Workup Team (INWT), Kochi.

The officer has worked with Ministry of Defence in various capacities at Naval Headquarters, as well as at Headquarters Integrated Defence Staff. According to a press statement from the Navy, “As ACIDS (PP&FS) in the HQIDS, he played an important role in taking forward government’s focus on ‘ease-of-doing business’, as well as ‘Make in India’ initiative by streamlining acquisition processes with greater focus on indigenisation. Being the architect of major policies, some of his contributions inter-alia include ‘Strategic Partnership (SP) Model, revised ‘Make-II’ and ‘Make-III’ procedures, as well as the ‘Positive Indigenisation List’. He has also furthered tri-service integration in Capability Development, besides introducing systemic approach to defence planning.”