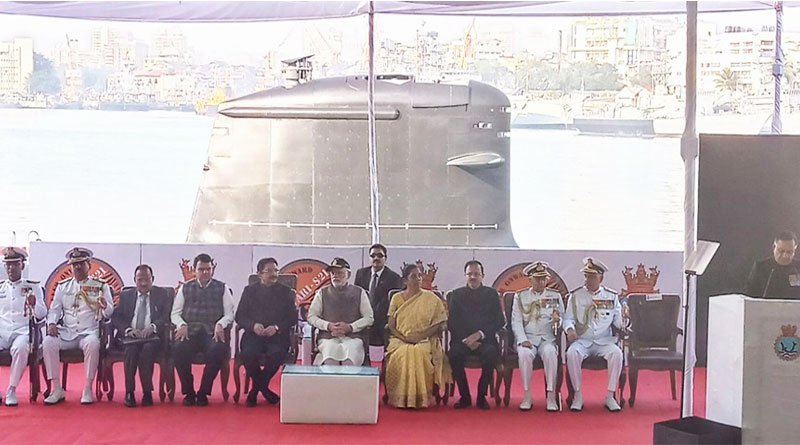 Kalvari, named after the dreaded Tiger Shark, is part of the Indian Navy’s Project-75, under which the French naval defence and energy company DCNS will design a total of six Scropene-class submarines. The submarines are being built by Mazagon Dock Limited (MDL).

The submarine is the reincarnation of the first submarine Kalvari of the Indian Navy commissioned on December 8, 1967 and subsequently decommissioned after nearly 30 years of service in 1996.

The Kalvari submarine comes with superior stealth features such as advanced acoustic silencing techniques, low radiated noise levels, hydro-dynamically optimised shape and the ability to launch a crippling attack on the enemy using precision guided weapons. The attack can be launched with both torpedoes and tube launched anti-ship missiles, whilst underwater or on surface.

MBDA India Head, Loïc Piedevache on the commissioning of INS Kalvari into the Indian Navy said, “We congratulate the Indian government and all those involved in the induction of the INS Kalvari into service with the Indian Navy”. He further said, “MBDA is proud that its Exocet SM39 missile has been chosen to provide the Kalvari class of submarines with its advanced anti-ship capabilities thereby reaffirming the Company’s longstanding relationship with India’s Armed Forces”.


Khanderi, second of the Scorpenes under construction at MDL was launched in January 2017 and is currently undergoing sea trials.