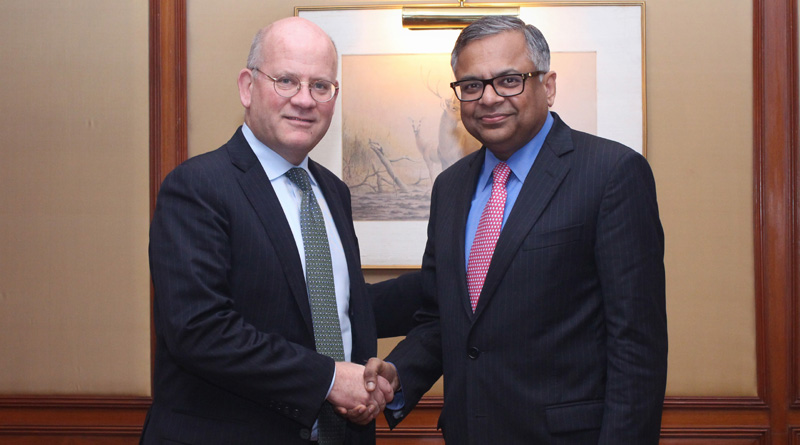 The CFM LEAP engine parts manufactured in India will be sourced for GE’s global supply chain.

GE and Tata group announced on December 14 the signing of an agreement on November 29 to manufacture CFM International LEAP engine components in India, for the global supply chain. The two companies also announced their intention to jointly pursue military engine and aircraft system opportunities for the Indian market.

The LEAP engine is one of the world’s leading jet engines while CFM International is a joint venture between GE Aviation, a division of General Electric of the United States and Safran Aircraft Engines, a division of Safran of France.

“Tata group is a leader in the Indian defense and aerospace sector, and we look forward to working together to meet the growing demand for LEAP engines. Our collaboration in building innovative technologies will support the ‘Make in India’ vision of the Indian government,” said Chairman and CEO of GE, John L. Flannery.


The two companies will join forces for manufacturing, assembling, integration and testing of aircraft components. A new Centre of Excellence (COE) will be established to help develop an ecosystem for aircraft engine manufacturing.

In an interview to FORCE, CEO, Safran India, Stephane Lauret had earlier said that “Prestigious brands like SNECMA, TURBOMECA, and SAGEM are now called Safran Aircraft Engines, Safran Helicopter Engines, Safran Electronics and Defense, respectively. This change in name has allowed the company to unite efforts and focus all the investments on a single brand, to the greater benefit of all the businesses of Safran worldwide. Furthermore, the brand will be nurtured strongly and in turn the companies will be nurtured by Safran’s image and renown”