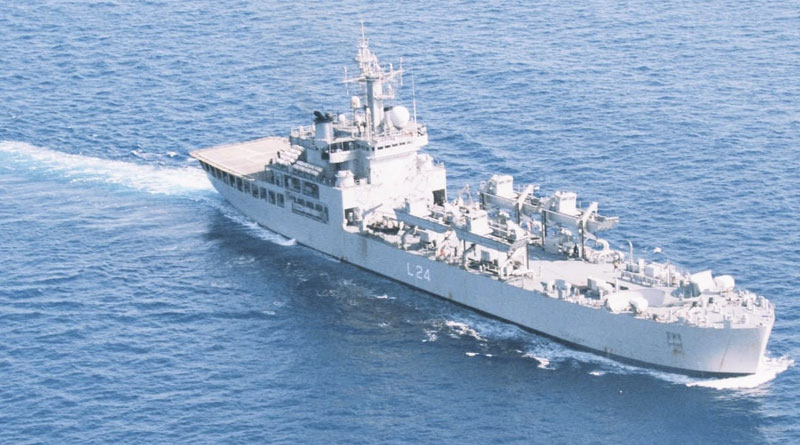 Indian Navy on 28 January 2020 diverted an amphibious warfare vessel INS Airavat to cyclone-hit Madagascar in the Indian Ocean region (IOR) to provide assistance to the affected population as part of ‘Operation Vanilla’. The ship was enroute to Seychelles.

“Indian Navy Ship Airavat, whilst mission deployed in the Southern Indian Ocean has been diverted to Antsiranana based on request recieved from Madagascar,” Indian Navy said in a statement.

The ship will undertake Humanitarian Assistance and Disaster Relief (HADR) mission as part of ‘Operation Vanilla’ which has been launched “to provide assistance to the affected population of Madagascar post devastation caused by Cyclone Diane.”


Madagascar is hit by a cyclone. It has been experiencing heavy flooding and landslides since last week. The calamity has claimed lives and led to the displacement of several people. According to several reports more than 92,000 people have been affected.

President of Madagascar Andry Rajoelina has requested international mobilisation on Twitter. The Indian Navy Ship is geared to set up medical camp and provide food, water and other necessary relief material.

“In this time of national disaster, we stand in solidarity with Madagascar. Our thoughts and prayers are with the people of Madagascar,” he wrote.

The situation is being monitored.