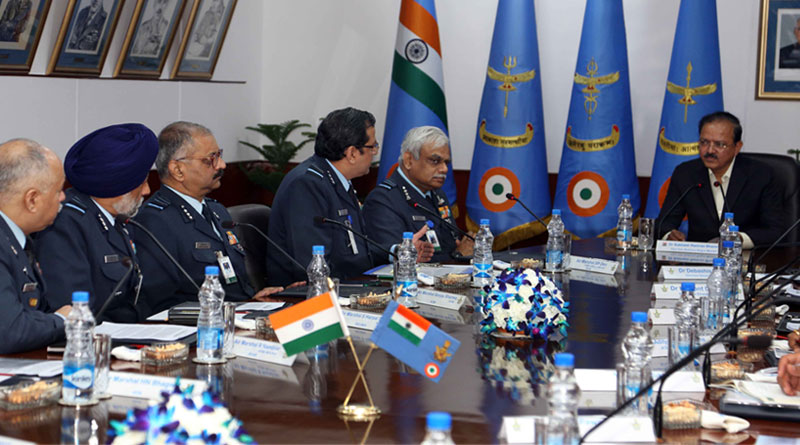 IAF is the first amongst the three services to take up IT enabled Online Testing for induction in Officers and Airmen cadre.

Approved in October 2016, IAF, in association with C-DAC, is switching over to online testing from January 2018. The online registration will start from December 15 this year.


Earlier, for Officer cadre examination, IAF had over a hundred centres across India and fourteen centres for Airmen selection exams, with the exception of certain states and union territories.

To improve the system and make it more candidate friendly while enhancing organisational efficiency, an MoU was signed on October 31, 2017 with C-DAC, a government of India agency. The project will be implemented with effect from January next year for Air Force Common Admission Test (AFCAT) for Officer’s cadre and Scheduled test for Airmen Recruitment (STAR) for Airmen cadre.

Vice Chief of the Air Staff, Air Marshal S. B. Deo along with other senior Air Force officers were present during the inauguration.