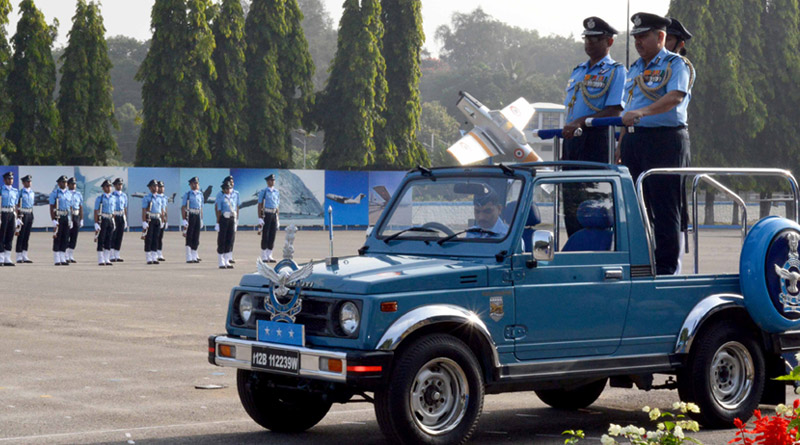 A Passing Out Parade of Permanent Commission & Short Service Commission (Aeronautical Engineering Course) was held at the Air Force Technical College, Jalahalli in Bengaluru on November 30

The Parade marked the culmination of 74 weeks of training (22 weeks training at Air Force Academy, Hyderabad and 52 weeks at Air Force Technical College in Aeronautical Engineering, Military Leadership, Managerial Skills and Ethos of an air warrior).

The Air Marshal, in his address, greeted all the Air Warriors and Civilian staff of Air Force Technical College, retired fraternity, graduating officers & their families. He emphasized that engineers of Indian Air Force play a vital role in ensuring availability of aircraft and other weapon systems in both peace and in the face of hostilities.


The Air Marshal extended his best wishes to the passing out officers and their families in times to come and congratulated all the passing out Officers, especially the award winners.

The Chief of Air Staff Medals for standing first in order of merit in Electronics and Mechanical Streams were awarded to Flying Officer Akash Ruhil and Flying Officer Utkarsh Srivastava respectively.