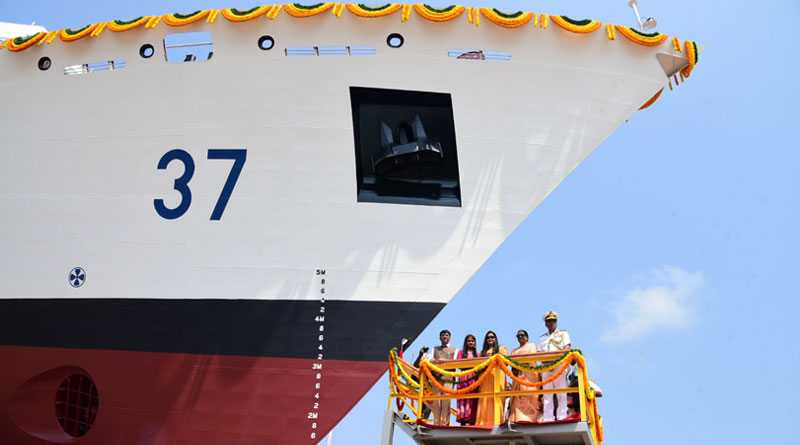 The ship built by Larsen and Toubro would be utilised for day and night patrol/surveillance along with anti-terrorist/ anti-smuggling operations in the Exclusive Economic Zone (EEZ) as well as coastal security.


The OPV will have two navigation radars with ultra-modern technology, sophisticated navigational and latest communication systems, according to a statement issued by the Ministry of Shipping.

Speaking at the occasion, Mandaviya said that is its momentous occasion for the Indian Coast Guard as 6th OPV is getting launched in the sea for the first time and also it will strengthen the efforts Indian Coast Guard for securing over 7,500 km vast coastline, an exclusive economic zone (EEZ) of over 20 lakh sq kms and more than one lakh merchant ships transiting per year through Indian waters for global trade .

The minister added that OPV-6 is “truly state of the art platform which will enhance the capabilities of Indian Coast Guard in terms of operation, surveillance, search and rescue.