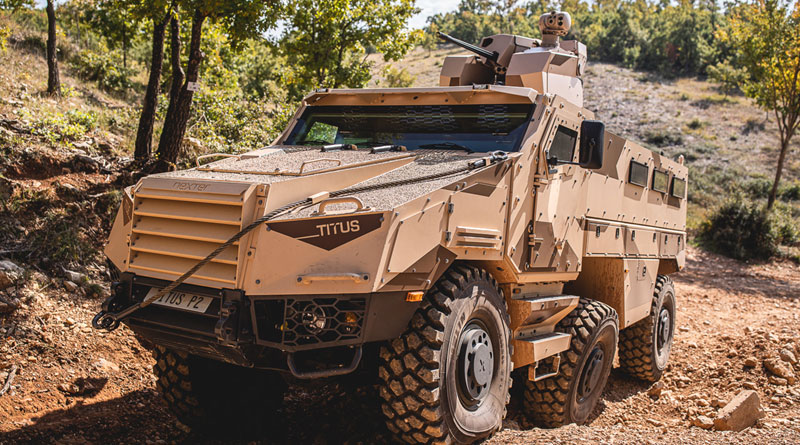 Nexter Group, which is participating in the IDEX exhibition in Abu Dhabi, United Arab Emirates will be presenting its products and know-how on its stand (CP 320), from 21 to 25 February.

A press statement from Nexter stated, “By taking part in IDEX, Nexter is responding to one of the few defence industry events to be held in the first half of 2021. This exhibition is an opportunity for the Group, a long-standing partner of the United Arab Emirates, to showcase a varied range of technological products and services. Nexter has been supporting the UAE armed forces for more than 20 years in the maintenance and technical support of the Leclerc (XL) tank. Today, Nexter wants to strengthen this long-term relationship with, on the one hand, the renovation of the Leclerc tank, just as the French army is launching its program to ensure its longevity. On the other hand, Nexter reiterates its interest in setting up joint projects to develop new local activities.”

Nexter Group is represented at IDEX by several of its subsidiaries, Nexter Systems, Nexter Robotics, Nexter Munitions, Nexter Training, as well as CTAi, the joint venture with BAE Systems. In addition to presentations dedicated to innovation within the group, several flagship products are on display:

Leclerc tank (XL): An Emirati Leclerc tank welcomes visitor to the stand with 120mm ammunition. Nexter is delighted with the project announced by the United Arab Emirates to renovate their tank fleet. Indeed, France has launched, through the SCORPION program, the renovation of 200 Leclerc tanks between 2020 and 2028. This modernization will increase the operational capacity of the tank by integrating the latest generation common equipment (SICS and vetronics) into all SCORPION equipment. 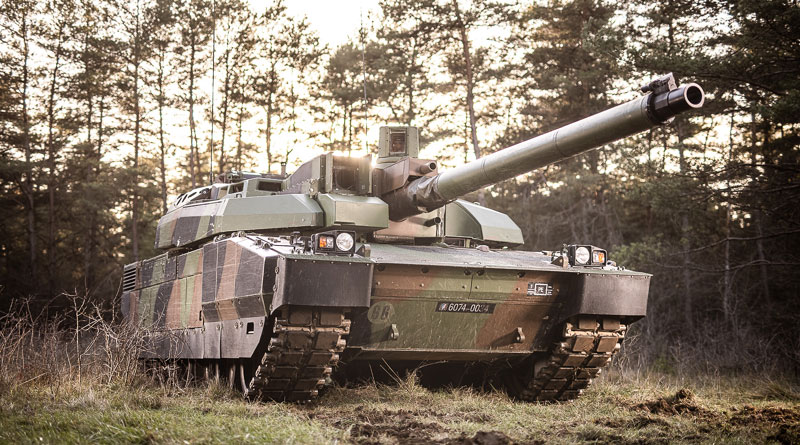 TITUS extended mission: The TITUS 6×6 armored vehicle integrates a Nexter ARX25 turret. This multi-role armored vehicle (troop transport, reconnaissance, NBC, artillery) is adapted to the geography of the Middle East, due to its motorization and crossing capabilities. Designed for urban combat, it offers excellent maneuverability and an exceptional turning radius. The TITUS is enhanced by integrating robots (NERVA on the ground and IXOS-LG from the roof) on the body, enabling the crew to extend its observation capabilities without exposing itself to the outside of the vehicle.

CAESAR 6×6: The CAESAR 6×6 self-supporting gun in sand version installed on the stand belongs to the 5th cuirassiers regiment based in Abu Dhabi. Due to its combat experience, mobility and stealth, the CAESAR enjoys an excellent reputation in France and in the field of artillery internationally. Recently, Denmark and Morocco selected it to renew their fire support capabilities.

Medium-caliber: Nexter is presenting its range of medium-caliber weapons. RAPIDFire, recently ordered for the French Navy, is equipped with the 40 CTA gun that arms the new generations of land armoured vehicles in France (JAGUAR), Great Britain (Ajax Warrior) and Belgium (CaMo). Conventional land ammunition and the A3B (Anti-Aerial AirBurst) smart munition give it ground-to-air and ground-to-ground capabilities. This system can be integrated on the Titus. In addition, the 30mm cannon that equips the Tiger helicopter and the P20 mount for special forces 4×4 vehicles will be on the stand.

Support: Customer Services Department is presenting the services that Nexter can provide in the areas of training (Nexter Training is invited to the Al Hamra partner’s stand) and in-service support. In addition, CAESAR parts made by additive manufacturing testify to the Group’s know-how and innovation.