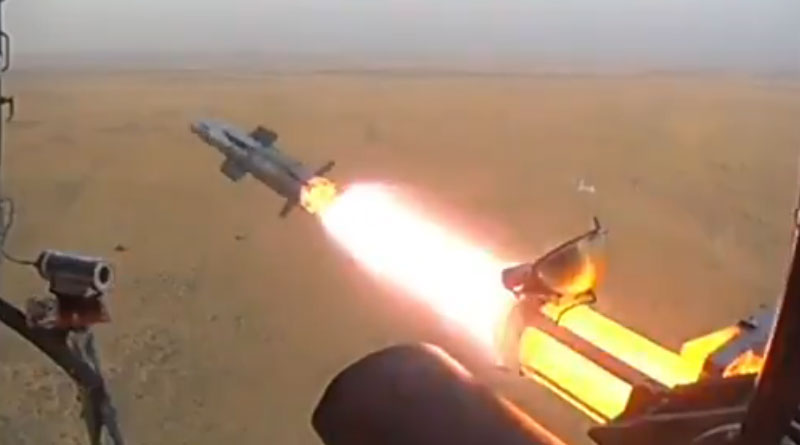 Joint user trials for Helina and Dhruvastra anti-tank missile systems designed and developed by DRDO were carried out by from Advanced Light Helicopter on 19 February in desert ranges. While the Helina is the Army version, Dhruvastra is the Air Force version.

Four missiles were launched in order to evaluate the missile capabilities in a minimum and maximum range of seven kilometres. The final mission was carried out with a warhead missile against a derelict tank. The missile is guided by an Infrared Imaging Seeker (IIR). The Helina is a helicopter-based version of the NAG third generation anti tank guided missile system.

These missiles will be equipped onto Army’s ALH Rudra that are already in use with the Army. These will also weaponise the new Light Combat Helicopters (LCH) that are  estimated to join the forces next month.