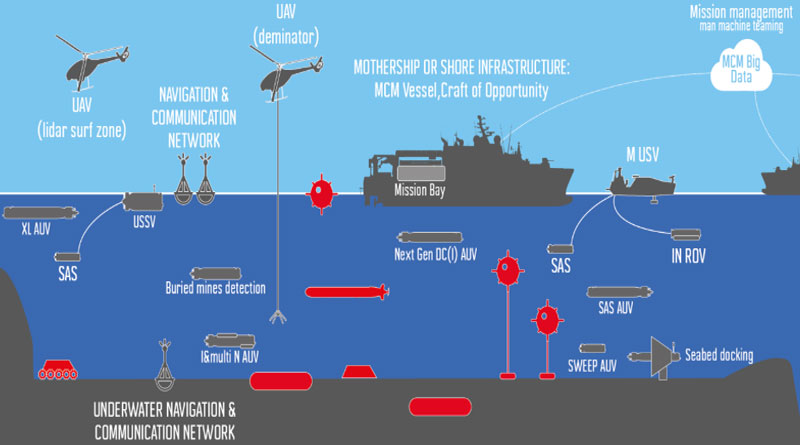 On December 1, the European consortium led by Naval Group Belgium kicked off the ‘MIne RIsk Clearance’ for Europe (MIRICLE) project for which it was selected in July 2021 by the European Commission and approved by member states. This 24-months project aims at achieving a European and sovereign capacity in the future mine warfare and will create a path for the next generation ‘made in Europe’ countermeasure solutions. The kick-off meeting was held today with MIRICLE’s 19 partners.

Strengthening European capabilities in mine countermeasures

With the increasing threat of mines and improvised explosive devices present in all conflicts involving naval forces, countries need to strengthen the protection of their maritime domain, to ensure the protection of their assets and to safeguard the freedom of civil navigation. In this regard, mine countermeasures (MCM) are undergoing a major operating transition, from traditional mine hunting to an unmanned and autonomous innovative solution.

To answer the future needs of European navies, a consortium led by Naval Group Belgium has been selected by the European Union to define and develop a technology and capability roadmap for the next generation of European maritime mine countermeasures capabilities. Known as MIRICLE (Mine Risk Clearance for Europe), the 24-month project is being sponsored by the European Commission and eight European Union member states under the umbrella of the European Defence Industrial Development Program (EDIDP).

The MIRICLE consortium consists of 19 partners representing 10 countries: Belgium, Estonia, France, Greece, Latvia, Poland, Portugal, Romania, Spain and The Netherlands. Belgium is the lead nation and Naval Group Belgium is the coordinator of the consortium. Naval Group Belgium will facilitate the gathering and works conducted by the partners through its MCM Laboratory, recently launched in its premises in Brussels specially to support R&D collaborative projects. All the Belgian members of MIRICLE are part of the MCM Lab.

As Navies were convinced that mine countermeasures are a global European issue and that developments need to encompass different visions, it was decided to go a step further ongoing project in the field, and to gather, key European partners and Navies in order to create the European MCM tomorrow’s community and to answer the European Commission call. By Selecting MIRICLE consortium, the European Union, will dramatically contribute to strengthening the capability development in this field as well as a better integration of the EU’s Defence Technological and Industrial Base.

MIRICLE will enable significant improvements to carry out all MCM missions and will more specifically enable European navies to benefit from the highest and most interoperable military mine countermeasures capabilities, in accordance with NATO recommendations. These innovations will complement the main components of mine warfare, made up of Mine Counter Measure (MCM) vessel, the “Toolbox” composed of unmanned vehicles and robots and the mission management system, the communication network and artificial Intelligence-powered decision making. These aspects are being watched out with a cyber approach. 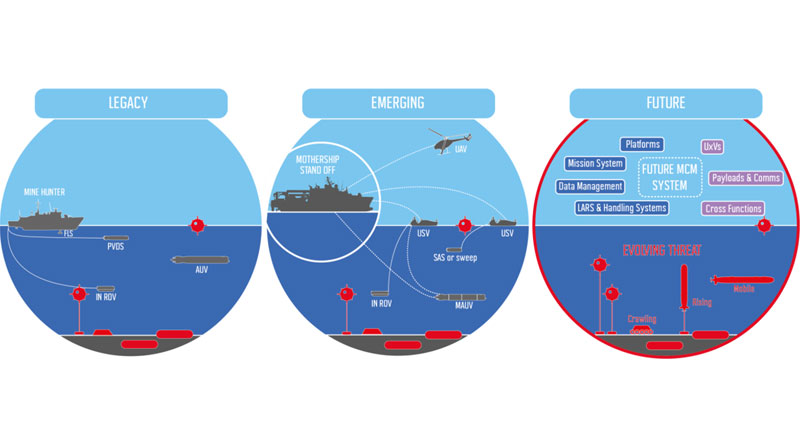 European navies will thus reinforce their MCM capabilities to keep pace with an ever evolving, complex and pervasive mine threat.

Géraldine Dupin, MIRICLE project coordinator for Naval Group Belgium said, “We are proud to lead this unique consortium of European partners to develop an innovative counter naval mine warfare solution and pave the way of the next generation of countermeasure solutions “made in Europe”, and benefit from such a strong support from European Navies. Together, we are committed to help the European naval community to pursue the development of a breakthrough mine action capability”.

The strength of the Naval Group Belgium led consortium is that it includes partners with complementary technological skills and innovative approaches. It will foster and stimulate a close collaboration between industry and research partners in order to pursue R&D activities with the aim of accelerating the development of innovations and preparing the evolution of mine warfare systems over time.

Together, MIRICLE partners will enhance MCM toolboxes to bring them to a higher degree of maturity by developing minefield instrumentation to optimize navigation and communication, thus optimising mine detection, identification and neutralization.

The vessels will also benefit from innovations through the development of (semi)-autonomous Mine Countermeasures Vessel (MCMV) platforms, the improvement of interoperability & standardization, as well as through the development of a scalable intelligent multi-UxV mission management system and of an evolutive UxV Launch and Recovery System (LARS) on board platform and docking.

The partners of the MIRICLE consortium led by Naval Group Belgium are: