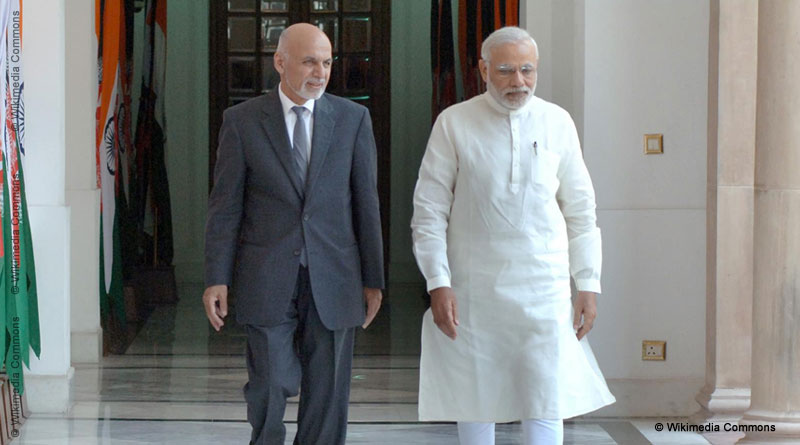 Despite the history of India-Afghan ties, the future remains uncertain

Acknowledging India’s contribution to Afghanistan, former chief of Afghan National Directorate of Security (NDS) and head of the Afghan government negotiation team for the intra-Afghanistan Dialogue, Masoom Stanekzai stated that Kabul had a series of discussions with regional countries including with the United States, proposing to form a ‘kind of’ regional support group like 6+3 or 6+4 that will involve New Delhi in the peace process.

Participating in the online discussion on ‘The Path to Intra-Afghan Talks’ conducted by Washington-based United States Institute of Peace (USIP) on 22 April 2020, Stanekzai said, “I think the role of the region is critically important for peace and stability in Afghanistan; and everybody should be involved.” The discussion was moderated by senior adviser, USIP and former US Special Representative for Afghanistan and Pakistan Ambassador, Richard Olson.


A 21-member delegation, including five women, is constituted for the intra-Afghan talks and for discussing key issues — including political power-sharing, democracy in Afghanistan and the future of human rights protections.

“India is one of the countries that have contributed a lot to the reconstruction of Afghanistan… We have had a series of discussions with the regional countries, including with the United States and others that we should kind of have a regional support group or a platform like 6+3 or 6+4. I think that is taking shape and India is one of the countries that will be a part of that discussion,” Stanekzai said in response to a question on the potential constructive role of India and the region as a whole in Afghan peace talks.

The intra-Afghan negotiations were originally planned to begin within 10 days of the US-Taliban agreement which was signed on 29 February 2020 between US special envoy Zalmay Khalilzad and Taliban political chief Mullah Abdul Ghani Baradar. The process has been delayed by disagreements over prisoner release, the presidential election results and now the spread of Covid-19.

According to senior advisor, Centre for Strategic and International Studies (CSIS) Alexander Their, “…The reality is Afghanistan has the capacity to make peace with the support of its neighbours. If its neighbours are not supporting peace then probably the best and most honest efforts of the Afghan participants are not enough to overcome the regional intervention. So there really has to be mutual trust and understanding among the key actors external to Afghanistan.”

However, Their admitted that it is far too dangerous and preposterous to suggest that India and Pakistan peace is necessary for Afghanistan but he stressed on the need to have an element of mutual understanding between the two countries.

On 18 April 2020, the US special envoy for Afghan reconciliation, Zalmay Khalilzad tweeted about speaking to India’s external affairs minister (EAM) Subrahmanyam Jaishankar and seeking India’s engagement in regional and international efforts for the lasting peace in Afghanistan. He said, “We are committed to a sustained engagement with India on this objective.”

Meanwhile, in an exchange on twitter, Asia Program Deputy Director and Senior Associate for South Asia at the Woodrow Wilson Centre, Michael Kugelman, pointed out that New Delhi has been understandably cautious in its approach to the Afghan reconciliation process to this point, given Pakistan’s prominent role during the US-Taliban talks. “However, with the focus now shifting to the intra-Afghan dialogue, the role of Pakistan may recede, which could open up an opportunity for New Delhi,” he said. “Still, the Taliban is no friend of India’s, and so New Delhi will remain careful about how it positions itself,” he added.

According to Kugelman, New Delhi’s best bet would be to work closely with Kabul and other Afghan stakeholders to informally convey its hopes and concerns about the peace process. “Given that any political settlement would lead to a power-sharing arrangement with a strong Taliban role, New Delhi will struggle to identify realistic outcomes that would serve its interests. But by launching informal channels with the Afghan state to convey its sentiments, New Delhi would at least be assured that its inputs are being considered.”