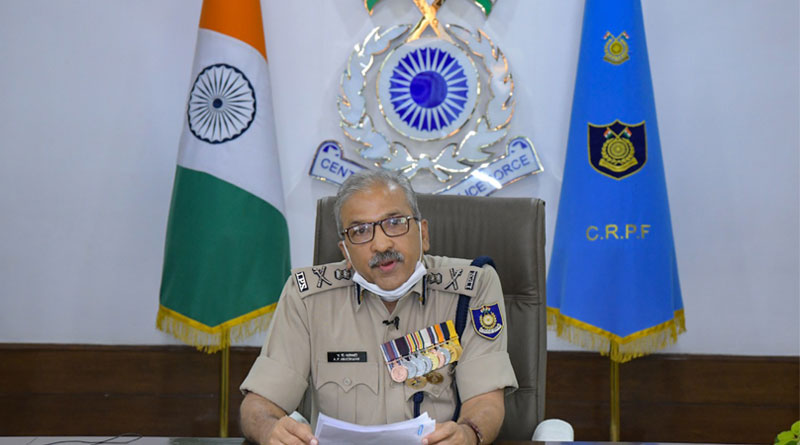 Attestation Ceremony was Held Through Seminar

Central Reserve Police Force on April 24 inducted its 51st batch of Directly Appointed Gazetted Officers (DAGO) comprising of 42 officers. Due to Covid-19 and mandatory social distancing, the Passing-out-Parade (PoP) of these trainee officers was conducted through video conferencing.

The trainee officers have completed their 52 weeks of training at the CRPF Academy in Gurugram on March 5. The PoP was earlier scheduled to be on March 22 was put on hold due to the pandemic. It was later decided that an e-PoP should be held so the new entrants can serve during the current health-crisis. These officers come from diverse disciplines such as engineering, medical, management, law and mass communication among many other streams.


Dr. A P Maheshwari DG, CRPF welcomed the DAGOs who were at the Academy from  the CRPF headquarters located at the CGO Complex through video conferencing and said that PoP was a unique moment in the life of a uniformed soldier and that it was in the crosshairs of duty and dedication towards the service of the nation. While congratulating them for formal integration he said that besides maintaining the internal security, the CRPF had also been contributing, in every possible way to the nation’s fight against Covid-19.

Dr. Maheshwari read out a message from Union Home Minister Amit Shah from the headquarters of CRPF, Delhi through weblink. The officers were addressed by G. Kishan Reddy, Union Minister of State for Home from the North Block through Video Conferencing.

Awards of excellence were given. Anshuman Singh won the Sword of Honour.

Distancing was strictly followed at the Academy where the PoP was held. Parents or Guardians of the officers were made to witness the occasion through weblink unlike other times when they are actually present there.