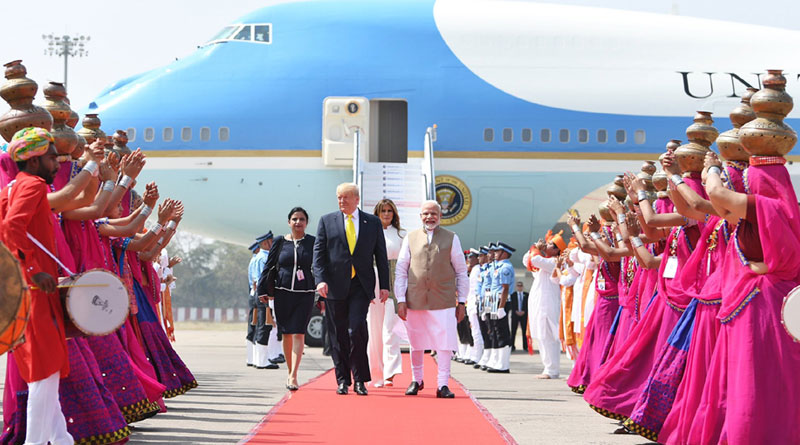 US President Donald Trump, who is on a two-day official visit to India, announced that the two countries will sign defence deals worth USD3 billion on Tuesday.

“I am pleased to announce that tomorrow our representatives will sign defence deals worth over USD3 billion, to sell absolute finest state-of-the-art military helicopters and other equipment to the Indian armed forces,” Trump said at Motera Stadium in Ahmedabad during Namaste Trump — an event planned to welcome the US president on Monday.


“As we continue to build our defence cooperation, the United States looks forward to providing India with some of the best and most feared military equipment on the planet. We make the greatest weapons ever made. We make the best and we are dealing now with India,” the US President added.

The visiting US President also said that the two countries are “firmly united” in their “ironclad resolve to defend their citizens from the threat of radical Islamic terrorism.”

The US President Donald Trump and first lady Melania, who arrived in Ahmedabad on February 24 are accompanied by a 12-member delegation which includes his daughter Ivanka and son-in-law Jared Kushner.

President Trump and First Lady Melania have left for Agra to visit Taj Mahal. They will arrive in New Delhi later in the day.