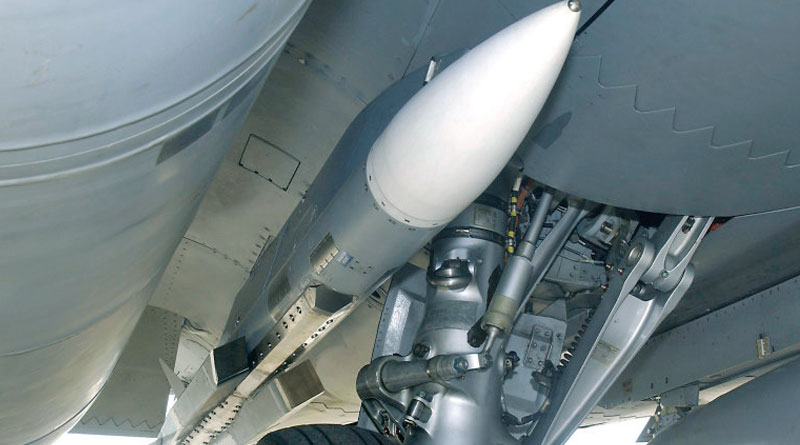 MBDA, THE MAKER OF THE RAFALE’S game-changing weaponry, is showcasing its Make in India commitments during Aero India 2021. MBDA will be exhibiting a full range of missiles and missile systems designed to provide next generation air combat capabilities, including air dominance, strike and maritime engagement, for the Indian Air Force.

Notably, MBDA’s stand features a display wall of missile system components Made in India by the company’s large Indian industrial ecosystem. Also exhibiting in Hall B is L&T MBDA Missile Systems Ltd, MBDA’s joint venture with Larsen & Toubro, which will be displaying the systems it has offered to the Indian armed forces as well as its work on MICA missile launchers for the IAF’s Rafale fighter aircraft.

MBDA is not new to partnership with the Indian armed forces and Indian industry. It has been delivering battle-winning capabilities to the IAF and collaborating with Indian industry for over 50 years. Throughout this history, there have been two guiding principles: to provide the very best technologies to the IAF, and to work in true partnership in support of the Indian defence industry.


Air Dominance
METEOR is MBDA’s revolutionary ramjet powered and network-enabled BVR air-to-air missile, which is widely recognised as a game changer for air combat. Key to this is Meteor’s throttleable ramjet engine, active radar seeker and datalink that combine to provide unmatched end-game speed and manoeuvrability at greatly extended ranges, resulting in its all-important ‘No-Escape Zone’ being several times greater than any other existing or planned BVR weapons. Meteor is a six-European nation programme that will provide the key future BVR air-to-air armament for Europe’s new generation of combat platforms. The IAF is receiving this unrivalled system on its new Rafale aircraft.
Deep strike is a major requirement for a modern air force. At Aero India 2021, MBDA is displaying SCALP which is being delivered for the IAF’s Rafale. The ability to deliver precision strike against high value targets such as well protected control bunkers/ centres, key infrastructures and military installations from a safe stand-off distance is crucial in the early days of a conflict. SCALP has proved its unerring and unmatched ability to combine very long range with devastating target effect during combat operations.

ASRAAM is being delivered to the IAF as its New Generation Close Combat Missile programme. With its large rocket motor, and clean aerodynamic design, ASRAAM has unrivalled speed and resultant aerodynamic manoeuvrability and range. ASRAAM gives it a high kinematic capability that delivers superior end-game performance for within visual range air combat. ASRAAM will arm the IAF’s upgraded Jaguar fleet, and potentially other platforms.

MICA is being delivered for the IAF’s Mirage 2000 upgrade and for Rafale. Showcased on MBDA’s stand, this is the only missile in the world featuring two interoperable seekers (active radar and imaging infrared) to cover the spectrum from close-in dogfight to BVR. Its ability to fly out to BVR in passive mode before the seeker locks on in the final stages of the end game has earned it the nickname ‘silent killer’ as the target has little time to react or to deploy effective countermeasures.

MISTRAL ATAM has been delivered to India to equip the HAL’s weaponised version of the advanced light helicopter, Rudra. The system is based on two launchers each deploying two MBDA air-to-air Mistral missiles. Given the wide range of roles that the Rudra will have to undertake, ATAM will provide the helicopter’s crew with a weapon that is not only easy to use but one that can be operated in the whole flight envelope from nap of the earth to 15,000ft and at flight speeds from hovering to up to 200 knots. The same system has successfully undergone integration on the LCH platform also manufactured by HAL.