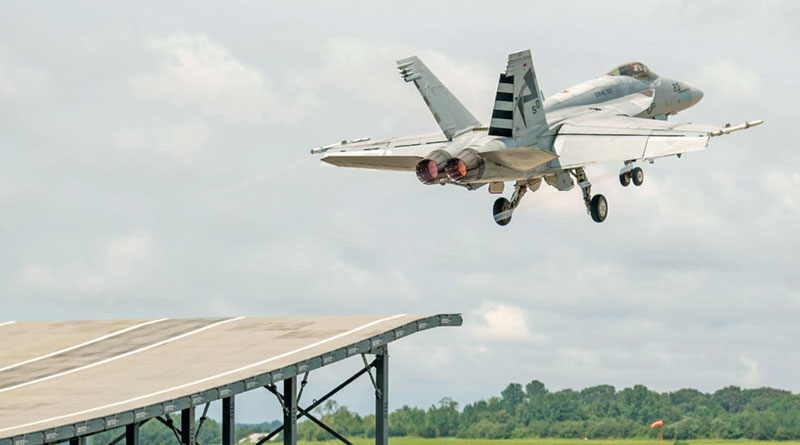 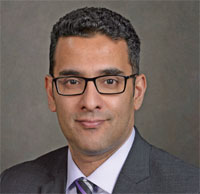 You recently announced the results of the ski jump trials of the F/A-18 Block III Super Hornet. Are there any updates on your talks with the Indian Navy for their fighter requirements?

Boeing and the US Navy recently proved that the F/A-18 Super Hornet can operate successfully from a ski jump ramp, demonstrating the aircraft’s suitability for Indian Navy’s aircraft carriers.

We are engaging with the Indian Navy on their requirements and have responded to the Request for Information for the Multi-role Carrier Borne Fighter (MRCBF) programme. We’re confident that the multi-role F/A-18 Super Hornet Block III will offer unrivalled value to the Indian Navy, that can be appreciated in the current economic environment, as it not only has a low acquisition cost, but also costs less per flight hour to operate than any other tactical aircraft in the US forces inventory, including single engine fighters.


What makes F/A-18 Super Hornet the best fit for this requirement?

The F/A-18 Super Hornet Block III will offer the Indian Navy several unique and differentiated capabilities. The Super Hornet offers flexibility and the best utilisation of precious air assets through carrier-compatible two-seater variant (F-Variant) and single seater (E-Variant) for the Indian Navy. The two-seat variant (F/A-18 F) shares the same mission scope as a single seat (F/A-18 E) while allowing for carrier-capable training and the ability to fly advanced missions from the carrier that benefit from a second crew on-board. Most importantly, carrier based naval aviation technologies related to manned-unmanned interface can also be effectively operationalised with a two-seater carrier compatible version.

An advanced, multi-role, frontline fighter of the US Navy, the Super Hornet Block III was designed alongside the US Navy to meet its mission requirements through the next decade and beyond. Indian Navy will stand to gain from the multi-billion dollar investment that has gone into the platform resulting in a most lethal and highly networked naval fighter. The aircraft can interface with P-8I and other US origin assets that the Indian Navy and the Indian Air Force have, or are in the process of acquiring. This will further augment lethality of these platforms and enhance India’s force projection capabilities.

Of no less importance is the fact that the Super Hornet automatically lends itself to enhanced maritime cooperation between the US Navy and Indian Navy in several areas of naval aviation. The commonality and interoperability benefits that Indian Navy will get as a result of F/A-18 Super Hornet on Indian Navy carriers would be unmatched.

As part of Boeing’s ‘For India, by India’ aircraft sustainment strategy, we are exploring the possibilities of the Block III Super Hornets being serviced in partnership with the Indian Navy, US Navy and industrial partners from India and the US throughout the lifecycle of the aircraft. This will further develop advanced expertise in aircraft MRO in India, resulting in higher availability of the aircraft.

All these together with the fact that the Super Hornet Block III has the ability to offer superior economics to the Indian Navy as it not only has low acquisition cost but also costs less to operate per hour of operation compared to any other tactical fighter in the US forces inventory would differentiate Boeing’s F/A-18 Block III Super Hornet offer for the Indian Navy.

Can you tell us about Boeing’s offer of the F-15 EX to the IAF for its requirement for 114 aircraft? How Many F-15EX has the US Air Force ordered so far?

The F-15EX is the latest and most advanced version of combat-proven, multi-role, all-weather day/ night F-15 aircraft family. The US Air Force (USAF) recently placed an order for eight F-15EX with Boeing. The contract between Boeing and USAF includes option for up to 200 jets, with the USAF projecting to buy at least 144 F-15EX aircraft.

More than USD 5 billion investment from the USAF and international customers has gone into F-15EX which has resulted in several technology infusions such as advanced sensors including the highly reliable powerful radar, the world’s fastest mission computer, advanced electronic warfare and other sensors and advanced cockpit system.

The F-15EX can carry large payload and offers impressive performance in the form of range, speed and altitude. You may know that F-15 is the only aircraft that has 104 kills to its name in air to air combat.

Can you elaborate on the lifecycle cost and services approach that Boeing will take with the F/A-18? Are there any ‘Make in India’ plans for the 57 fighter jets that you are offering?

The Super Hornet not only has an affordable acquisition cost, but it also costs less per flight hour to operate than any other tactical aircraft in the US forces’ inventory, including single engine fighters.

This is not surprising since the maintenance needs for the platform are well understood owning to its substantial fleet size (more than 560 Super Hornets in operation) and the fact that the aircraft is designed for ease of maintainability.

Our Make in India plans will depend on the requirements of the Indian Navy as defined in the RFP. Since more than 80 per cent of the value of the platform throughout its lifecycle is in sustainment, it is important that India develops local expertise to service and sustain the platform. As part of Boeing’s ‘For India, by India’ sustainment philosophy, the Block III Super Hornets can be potentially serviced in partnership with the Indian Navy, US Navy and industrial partners from India and the US throughout the lifecycle of the aircraft. This will further develop specific advanced expertise in India resulting in higher availability of the aircraft at competitive pricing.

Boeing has proven breadth and depth of experience in sustaining military aircraft for the Indian Navy and Indian Air Force in the country by utilizing the local talent pool. We look forward to building on this expertise to offer the Indian Navy an opportunity to sustain F/A-18 Super Hornets throughout the lifecycle of the aircraft.

Has there been any interest in the F/A-18 Super Hornet from other countries?

International interest in the Super Hornet remains high and includes Finland, Switzerland, Canada and Germany, who recently selected the Super Hornet over the competition. With orders of 106 additional Block III being built for the US Navy and Kuwait Air Force, the Super Hornet will be in service for decades across the world.