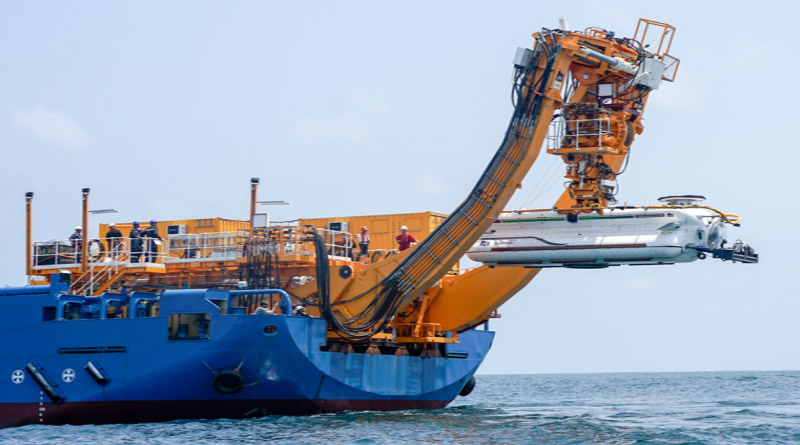 The Indian Navy has inducted a Submarine Rescue System with a Deep Submergence Rescue Vessel (DSRV) along with associated equipment, after successfully testing the system last month, according to a press release on 2 November.

The DSRV has a Side Scan Sonar for locating the position of the submarine in distress at sea, providing immediate relief by way of posting Emergency Life Support Containers with the help of Remotely Operated Vehicle (ROV), and thereafter rescuing the crew of the submarine using the DSRV itself.

According to a press release by the Indian Navy, to ensure early mobilisation, the system has been procured in a flyaway configuration, which permits rapid transportation of the Rescue System from the base to the exact location of the distressed submarine by transportation using air/land/sea vessels. The rapidity of response is most crucial to safety of life in a submarine accident.


“The Indian DSRV has the capability to rescue personnel from a distressed submarine (DISSUB) up to a depth of 650 m and it is the latest in terms of technology and capabilities. The system has been designed and supplied to meet unique requirements of our submarines by M/s James Fishes Defence, UK,” said the press release.

The Navy has ordered two systems, which shall be based on the West and East Coast of India, respectively, to provide redundancy, high operational availability and early response to deal with a submarine contingency.

“With this capability, India has joined a select league of nations, which have this unique capability and we are now in a position to not only provide rescue cover to our own submarines but also to other friendly nations in the IOR and beyond. Our vision is to emerge as a centre of regional excellence for Submarine Rescue Services in line with the stature of our great nation,” it added.

The DSRV is likely to be inducted in the Indian Navy by the end of this year.