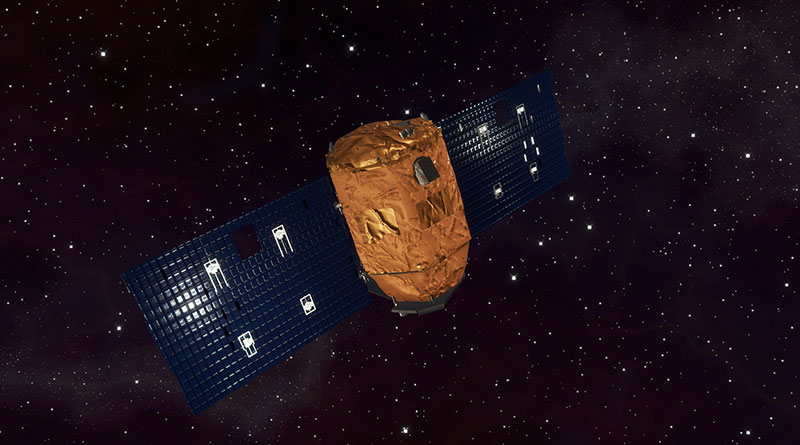 Israel Aerospace Industries (IAI) has successfully doubled the Venµs satellite’s service life. In addition, IAI changed the Venµs satellite’s altitude in space, which initially decreased from its initial mission of 720 km above earth to 410 km. Instead of returning the satellite to Earth and completing its mission, IAI’s engineers returned Venµs to a higher altitude to continue carrying out its mission at 560 km. This altitude increase allows for an addition of a new and unplanned phase in the satellite’s life.

Venµs (Vegetation and Environment Monitoring New Micro-Satellite) is an earth-observation micro- satellite designed jointly by the Israel Space Agency (ISA) and France’s National Centre for Space Studies (CNES). IAI’s engineers are responsible for the satellite’s operations, managing the satellite around the clock (24/7/365) and ensuring the scientific and technological missions’ continuity.

Launched in 2017, Venµs, an IAI-developed satellite, has both a scientific and technological mission. The scientific mission monitors the Earth’s vegetation using a camera with 12 narrow spectral bands developed by EL-OP and the technological mission was the use of an electronic propulsion system developed by REFAEL. Venµs has outperformed its expected service life of 2.5 years and will continue its mission in space.

IAI EVP and GM of the Space, Missiles, and Systems Group, Guy Bar Lev said, “We are proud of IAI’s engineers, who have succeeded in increasing the Venµs satellite’s service life and have allowed the important scientific mission to continue for an extended period. Building on decades-long experience and expertise in creating innovative solutions, IAI is developing observation and communication satellites, ground control stations and mission and applications centres, and a full range of space sub-systems. IAI is one of the few companies in the world with end-to-end space capabilities– designing, developing, manufacturing, and launching its high-end products in Israel. Supporting crucial space research, we are utilizing our brightest minds to assist in finding new solutions to the environmental and technological challenges facing our world today.”