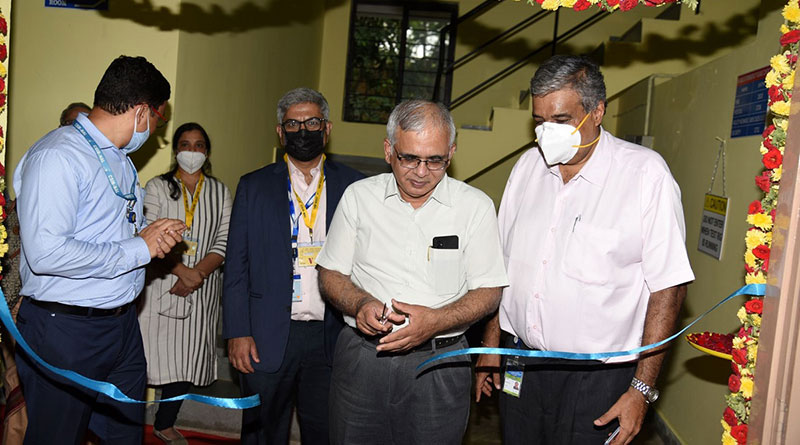 A product developed by IIT Madras (IIT-M) and GE Aviation (GE) under a joint innovation programme started in 2016 has now entered the testing phase. The locally designed and developed aviation high-speed Micro Turbomachine is being tested at National Aerospace Laboratories (NAL), an important step towards technology maturation.

“The development of Micro Turbomachine is a shining example of academia-industry collaboration to drive innovation in India. It was designed and developed as part of Ucchatar Avaishkar Yojana (UAY) launched by the Government of India to promote industrial innovation of a higher order that addresses the needs of local industry. We are excited to see the enhanced aviation testing facilities at NAL. Testing is an important part of product-development cycle, and we are delighted to work with NAL on testing the locally designed and developed Micro Turbomachine,” said CEO, GE India Technology Centre & CTO GE South Asia, Alok Nanda.

“The project was conceived by Late Professor B V S S Prasad (former head of the Department of Mechanical Engineering Department, IIT-M). His team of talented researchers and faculty members could meet the demands and challenges of developing the Micro Turbomachine. It took us months to conduct several simulations necessary to arrive at the optimum design of the product. Further, test rigs were designed and developed with active collaboration between IITM and GE teams. Throughout the process, the researchers were in touch with GE Aviation engineers and there was a free and friendly exchange of knowledge between them. It is unfortunate that Professor B. V. S. S. Prasad and Dr. S. Soundarpandian left us for their heavenly abode and could not witness their efforts bearing fruit,” said principal investigator of the project and the current Head of the Mechanical Engineering Department, IITM, Prof. A Seshadri Sekhar.

“NAL has established Versatile Turbine Test Rig (VTTR) for high-speed turbine testing up to 50,000 rpm & 500 kW power and it will be used for performance evaluation of Micro Turbomachine developed by IIT-M and GE. We are proud to be part of the journey towards technology maturation,” said Director, CSIR-National Aerospace Laboratories, Jitendra J Jadhav and congratulated teams of CSIR-NAL IITM and GE.