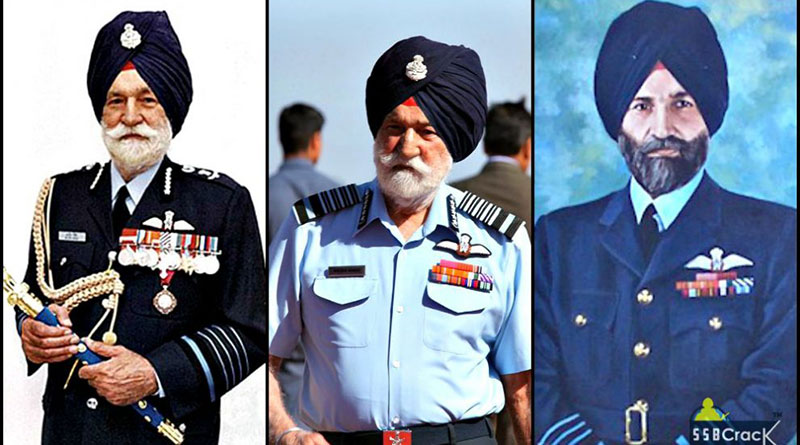 The Indian Air Force pays tribute to the legendary air warrior, Late Marshal of the Air Force Arjan Singh DFC on his 103rd birth anniversary. The air force in a statement said that it recalled the contribution made by the Marshal to the nation and the Indian Air Force.

Marshal of the Air Force Arjan Singh was born on 15 April 1919 in Lyallpur (now Faisalabad in Pakistan). At the age of 19 years, he was selected for training at RAF College, Cranwell and was commissioned into Royal Air Force as a Pilot Officer in December 1939. He was awarded Distinguished Flying Cross (DFC) for outstanding leadership, great skill, and courage in the Burma Campaign, during World War II. On 15 August 1947, when India gained Independence, he was given the unique honour of leading the fly-past of more than a hundred IAF aircraft over the Red Fort in Delhi. On 1 August 1964, Arjan Singh took over as the Chief of the Air Staff (CAS) in the rank of Air Marshal at the age of 44.

A testing time for the nation came in September 1965 when Pakistan launched Operation Grand Slam, in which an armoured thrust targeted the vital town of Akhnur. When summoned to the defence minister’s office with a request for air support and asked how quickly the IAF will be ready for operations, with his characteristic nonchalance, “…in an hour” was the reply. And truly, the IAF struck the Pakistani offensive in an hour, gained air superiority over Pakistan Air Force (PAF) and helped the Indian Army score strategic victories.

He was awarded the Padma Vibhushan for his leadership during the 1965 War. Arjan Singh became the first Air Chief Marshal of the IAF. After retiring in July 1969, he continued to contribute immensely to the betterment and welfare of the IAF. He also continued his service to the nation as the Ambassador to Switzerland, the Holy See and Liechtenstein from 1971 to 1974, following which he headed the High Commission of India to Kenya at Nairobi from 1974 to 1977. He also served as a member of The Minorities Commission of India from 1978 to 1981 and as the Lt Governor of Delhi from 1989 to 1990.

“His dynamic personality, professional competence, leadership and strategic vision sets him apart as an icon of the Indian Air Force,” said the IAF in a press release.