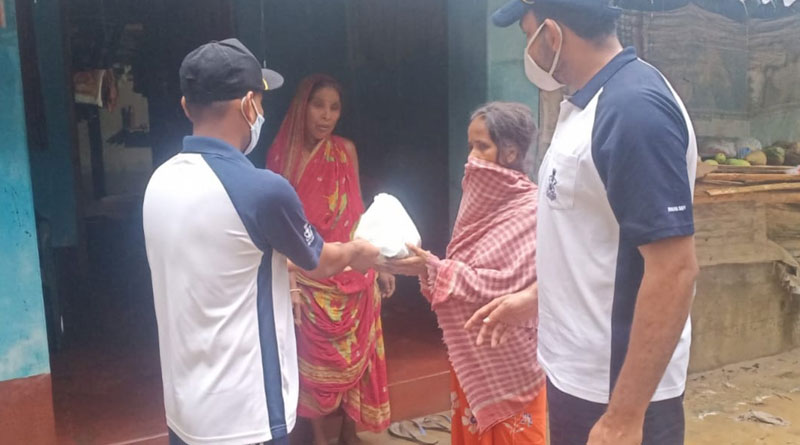 The Relief Control Centre at INS Netaji Subhas, in coordination with West Bengal State Emergency Operations Centre (SEOC), is carrying out Relief & Rescue Operations in Digha and Fraserganj, the two highly inundated low-lying coastal areas since the landfall of Cyclone ‘Yaas’ on 26 May.

The Seven Indian Navy Teams comprising two Diving and five Flood Relief Teams (FRT) are carrying out relief activities. The Team at Fraserganj, was deployed on 27 May to Narayanpur Village, about 30 km away, for Rescue and Relief Operations despite heavy rains and inclement weather. The team was also employed to search for survivors of a reportedly capsized Boat, which was later found to be three displaced Navigational Buoys. The Team at Digha operated in villages in the vicinity of Digha, viz Khadalgobra, Alankarpur, etc, and undertook Road Clearing operations and distributed aid to few needy people.