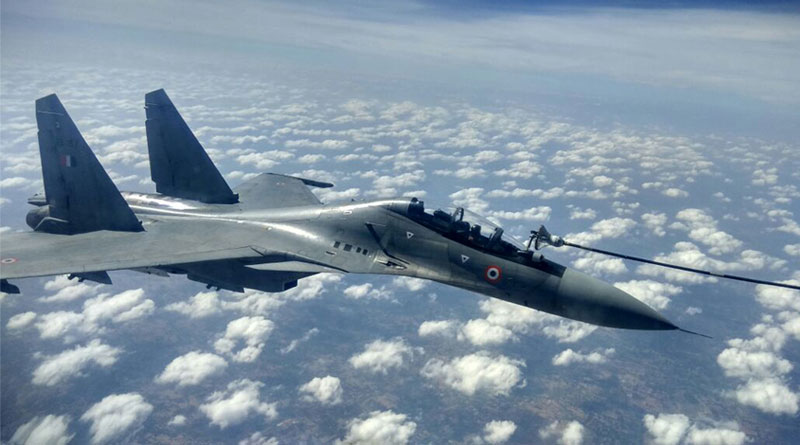 As part of the ongoing massive IAF exercise ‘Gaganshakti-2018’, on April 14 the IAF conducted maritime air operations on the Western sea board, with the clear aim of air dominance and deep strike validation over the extended area of interest in the Indian Ocean Region (IOR). In the long range strike concept validation, the Su-30 MKI’s, airborne from a base on the eastern coast engaged multiple targets, in the western seaboard, at distances beyond 2500 Km, and landed at a southern base, thus covering a total distance of 4000 Km, in a single mission. These staggering ranges were made possible by support of IL-78 Flight Refuelling Aircraft, thus ensuring long range strike capabilities for our fighter aircraft. These joint operations have Indian Navy P-8i aircraft and AWACS of IAF in support.

Exercise Gaganshakti has provided an ideal environment to evaluate Joint Operations with the Indian Navy, to test enablers such as AWACS and FRAs in the Op matrix and in conjunction with Su-30 and Jaguar ac. The exploitation of the combat support assets helps to extend the reach in the entire IOR, our strategic area of influence.