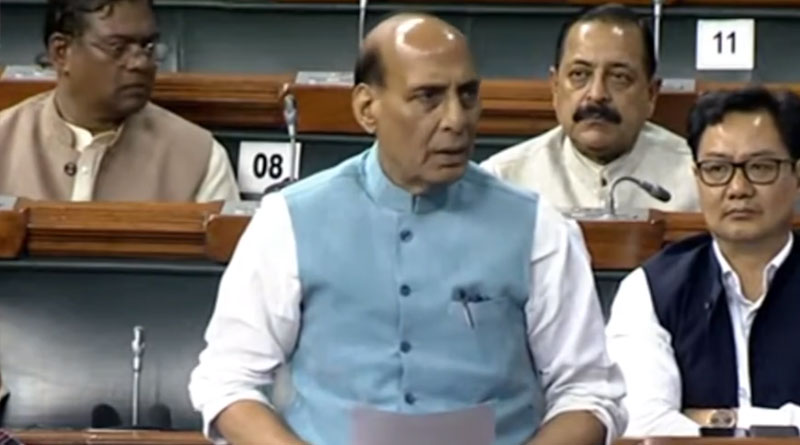 Six days after the incident, Defence Minister Rajnath Singh made a statement in the Rajya Sabha regarding the accidental firing of an Indian missile into Pakistan. Expressing regret, the defence minister said, “I’d like to tell this House about an incident that occurred on March 9. It’s related to an accidental missile release during the inspection. During the routine maintenance and inspection of the missile unit, around 7 pm, one missile got accidentally released.” He added that it was later known that the missile fell into Pakistan’s territory and called the incident “regrettable.”

He went on to express relief in the fact that there no lives were lost. He informed the house that the a ‘high-level’ court of inquiry had been ordered to look into the incident. The defence minister assured the house that standard operating procedures of operations, maintenance and inspections were being reviewed.

“India gives utmost priority to safety and security of weapon system,” he said, adding that the government is committed to rectify any shortcoming found in weapon system after inquiry.

The unarmed missile crashed near the Pakistan’s eastern city of Mian Channu, about 500km (310 miles) from the capital, Islamabad. The missile that was fired was a practice version of the BrahMos supersonic missile.

On 11 March, the Ministry of Defence (MoD) released a statement saying that India had accidentally fired a missile inside Pakistan. In a statement, the MoD had blamed the firing on a ‘technical malfunction.’

The statement said, “On 9 March 2022, in the course of a routine maintenance, a technical malfunction led to the accidental firing of a missile.” It added that the Government of India had taken a serious view and ordered a high-level Court of Enquiry. In the statement, the government expressed regret over the incident. It said, “While the incident is deeply regrettable, it is also a matter of relief that there has been no loss of life due to the accident.”

In response to this, Pakistan said in a statement that it wanted joint probe in the incident to “accurately establish the facts surrounding the incident”. “The grave nature of the incident raises several fundamental questions regarding security protocols and technical safeguards against accidental or unauthorised launch of missiles in a nuclearised environment.” It demanded that India must provide a clearer picture of the ‘circumstances that led to the firing of the missile.’

The statement further questioned India’s wait to convey the happenings of the accident to Pakistan. It said, “Why did India fail to immediately inform Pakistan about the accidental launch of the missile and waited to acknowledge till after Pakistan announced the incident and sought clarification?” Pakistan in fact even asked India “to explain whether the missile was indeed handled by its armed forces or some rogue elements”.

Pakistan’s newspaper, Dawn reported that Pakistan’s ‘Foreign Minister Shah Mahmood Qureshi on March 14 ‘spoke to United Nations Secretary General Antonio Guterres and exchanged views with him on current regional and global issues, particularly the blatant violation of Pakistan’s airspace by ‘accidental’ firing of a missile by India on March 9.’