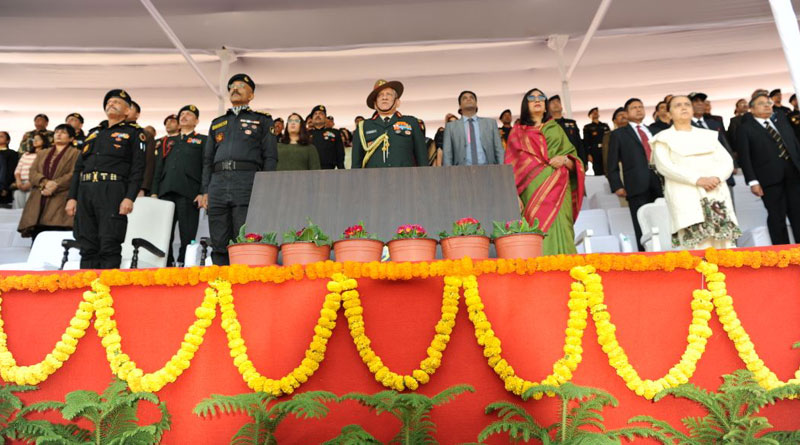 Chief of Army Staff (COAS) General Bipin Rawat on January 13 inaugurated the eighth edition of All India Police Commando Competition, currently being held at National Security Guard (NSG) campus in Manesar. General Rawat was the chief guest at the inaugural ceremony and took salute from all the participating teams.

In his address, General Rawat ‘appreciated the efforts being made by the NSG, Central Armed Police Forces (CAPF’s) and state police forces for their capacity building, which have not only proved them powerful among the forces across the world but also kept the Nation’s flag flying high’.

Director General, National Security Guard, Sudhir Pratap Singh welcomed the Army Chief and other guests. The Director General in his welcome address said, “the NSG being a World Class Zero Error Force has not only developed its operational capability by conducting joint exercises with police forces of various foreign countries and CAPFs and state police forces of the country but has also put in tremendous efforts in capacity building of the CAPFs and state police forces”.

A sniper competition will be held for the first time during the eighth All India Police Commando Competition, as was revealed by the National Security Guard (NSG) during the curtain raiser ceremony in New Delhi on January 9.

Besides sniping, the other events of the competition include Cheetah Run Competition in which the participants will run for 1.3km with a 10kg load and personal weapon and 2.4km run towards reflex firing range; Black Hawk Shooting; Small Team Operations-1 which will include raid on a terrorist hideout, and Small Team Operations-2 comprising building /house intervention.

The All India Police Commando Competition is annually organised by All India Police Sports Control Board (AIPSCB), and the ongoing edition aims to enhance the physical and mental robustness, shooting skill, leadership qualities under stressful conditions and foster team spirit amongst the participating teams.

Union home minister Rajnath Singh will be the chief guest at the closing ceremony on January 20.